Matthew Dick† from Ensco Rail explains how North American railways have gone through a technological transformation in the last 14 years to automate track inspection, fulfilling a long-standing objective of the global rail industry to use automation to improve safety and efficiency and protect track workers. 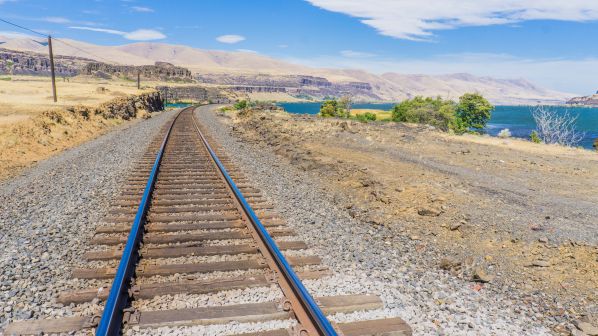 North American railways have gone through a technological transformation in the last 14 years to automate track inspection. Photo: Shutterstock/Pernelle Voyage

THE first deployment of autonomous track geometry measurement (ATGM) began in January 2008 when the Federal Railroad Administration (FRA) and Ensco implemented a prototype, bogie-mounted track geometry measurement system on a passenger car added to Amtrak’s Auto Train service which operates over CSX tracks. Since then, US and Canadian railways have built more than 30 ATGM systems, while complementary autonomous systems to measure rail profile and ride quality, as well as machine vision systems, now form part of comprehensive inspection systems.

When machine vision systems are included, they typically require additional space that makes it challenging to continue to use the car in passenger service. In this case, cars are converted to become dedicated track inspection vehicles by removing the seats and installing computer racks and workstations and providing increased electrical power for the machine vision systems. The inspection cars are often operated between revenue trains. In Europe, there is a trend towards purpose-built hauled inspection vehicles that have more space than a passenger coach to install inspection technology and are designed for both autonomous and manned operation.

Wagons are the primary platform used by North American freight railways while the secondary method is locomotives, although both platforms have advantages. With locomotives ample power is readily available, while for wagons, power is provided primarily by solar panels with batteries provided as a backup during extended periods of low sunlight. However, there is a potential conflict in using locomotives as track inspection platforms between their primary role of hauling freight trains and their secondary job of inspecting track which can cause unexpected, but not insurmountable challenges. The benefits of using wagons for track inspection include greater control by the railway’s track inspection department as to where the vehicle goes and when it is maintained. Wagons also have more room than locomotives in which to install multiple inspection technologies.

An important lesson learned by North American railways is that it is important to mount the inspection beams on the car body and not the bogies of a freight wagon. Where that has been attempted, results were unsatisfactory due to shock and vibration and the need to remove the bogie from the wagon for maintenance. As a result, currently all the North American freight wagon inspection vehicles have their inspection beams mounted on the car body.

Interestingly, because vibration in the car body is significantly less severe compared with a bogie, the system can be made more sensitive, enabling it to achieve greater performance and compliance with EN-13848, even when considering the corrections required for measurements within curves. Additionally, these vehicles have been able to achieve impressive annual survey campaigns with some exceeding 160,000km per year. To ensure that the wagons traverse both main line track and passing loops, it is advisable to alternate the type of train used. A high priority train will primarily use main line tracks, while a low priority train often surveys the passing loops as well.

With more than 14 years of operating experience with autonomous track geometry measurement in North America, we now have ample data to understand its effects. As expected, the total amount of kilometres surveyed dramatically increased, but the total cost of inspection decreased compared with traditional manned, self-propelled inspection vehicles. Because of the repeated inspections, field personnel were motivated to correct the deep, underlying causes of a defect. This has resulted in a fundamental reduction of the total number of defects found by the autonomous systems. Figure 1 is an example subdivision in North America that has experienced this effect.

Several North American transit systems have pursued this hybrid track inspection approach. One leader in this initiative has been the Federal Transit Administration (FTA), along with the Metropolitan Atlanta Rapid Transit Authority (Marta), which operates the Atlanta metro, and Ensco.

An essential part of the demonstration was the use of Ensco’s Virtual Track Walk (VTW) software to allow track inspectors to perform detailed inspections from the safe confines of their office, remote from the tracks they are inspecting. VTW allows the inspector to see all images and measurements together and synchronised to provide an optimum environment for conducting thorough, accurate and safe inspections.

US freight railways have participated in track inspection demonstrations coordinated with the FRA. The railways have selected subdivisions to conduct frequent autonomous track geometry measurement surveys with reduced visual inspections from walking or using road/rail vehicles. They have shared the results of their demonstrations through the Railroad Safety Advisory Committee (RSAC), a public forum for railways, the FRA, and other interested parties to discuss proposed new regulations. The results from multiple freight railways showed dramatic decreases in the number of FRA regulatory track defects after the introduction of autonomous track geometry testing.

Autonomous track inspection is certainly not unique to North America as it is operating in Europe, Brazil and Australia. Where the train operator is different from the infrastructure manager, as is often the case in Europe and Australia, the inspection technology that benefits the infrastructure manager is often installed on rolling stock owned and operated by a different company. In Australia, for example, vehicle/track interaction (V/TI) monitors are installed on Pacific National locomotives to inspect Australian Rail Track Corporation (ARTC) track. Key elements gleaned from this arrangement include having clear responsibilities for all parties and reciprocating agreements for wayside inspection technology that inspects rolling stock.

The railway industry has achieved impressive advances with autonomous track inspection in just a short time. Over this period, rail transport has become faster, safer and more efficient with the development and implementation of technology throughout the industry.

† Matthew Dick is chief of strategy and development at Ensco Rail and chair of the track measurement and assessment systems technical committee at the American Railway Engineering and Maintenance-of-Way Association (Arema).