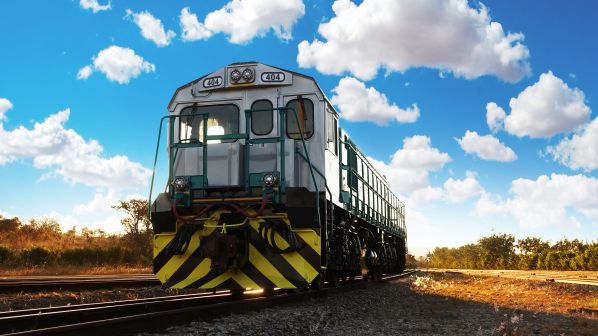 AS governments and operators seek ways to reduce greenhouse gas emissions from rail operation, manufacturers are continuing to test new technologies such as battery-powered traction to support this shift.

In some areas, the focus has been on particulate emissions reductions in an effort to improve air quality. In the United States, the Environmental Protection Agency (US EPA) has implemented stricter emissions regulations for both road and non-road vehicles with new diesel-electric locomotives now required to comply with US EPA Tier 4 emissions. Similarly in the European Union, regulators require new diesel-electric locomotives to meet EU Stage IIIB.

To support operators endeavouring to meet these new regulations, Progress Rail, a Caterpillar company, has made significant effort to comply with regulations while also developing innovative solutions to meet these standards.

In South America, mining giant Vale has a climate change goal to “reduce absolute greenhouse gas emissions by 33%, in line with the Paris Agreement, and become carbon neutral by 2050.” One of the projects launched to achieve this, Power Shift, seeks to “boost technological innovation to reduce greenhouse gas emissions in operations,” highlighting rail as a specific area of focus.

Progress Rail and Vale agreed in 2019 to conduct a study identifying carbon reduction options for their rail system. The efforts were led by Progress Rail’s Sete Lagoas, Minas Gerais, facility in Brazil. Seven different battery-electric locomotive (BEL) models, both new and repowered, were identified as potential candidates to accomplish Vale’s objectives. Following the completion of the report, Vale issued a request for proposal for a new 120 tonne, 2.23MW battery electric locomotive capable of achieving the required duty cycle.

Progress Rail was awarded the contract in August 2019, and began to design what has since become the 2.4MW EMD Joule battery electric locomotive, the first “zero emissions” locomotive in Vale’s fleet, based on an EMD GT-type international locomotive platform.

Progress Rail chose to install a lithium ion phosphate battery (LFP) in the EMD Joule due to its inherent safety, including thermal stability, and its energy density. That battery has a service life of around 15 years, although this could be extended depending on the loads hauled during operation. The battery is charged using a reverse pantograph, although other charging methods are possible. The locomotive was designed and built in Progress Rail’s Sete Lagoas facility using the latest in power electronics technology and microprocessor controls for the battery management system (BMS).

“It was extremely important for us to develop a demonstration project with Vale to create a product that met every operational requirement they had.”

Validation and testing began on site in early 2020. Service and operations staff were also trained in how to operate and maintain the locomotive. The EMD Joule was delivered to Vale in September of last year despite the Covid-19 pandemic.

The reports from staff are positive: the locomotive makes very little noise, and the cabs are modern and comfortable. Stakeholders have been impressed with the performance of the locomotive, which is now hauling up to 9000 trailing tonnes up to five times a day in Vale’s Vitoria yard. The locomotive recovers about 10% of its braking energy from dynamic braking, including during yard operation. The unit has now entered full revenue service at Vale’s Tubarao yard following the completion of testing.

The executive manager at Vale’s Excellence Centre and Innovation department, Mr Gustavo Bastos, says the EMD Joule is an important step towards the development of solutions to achieve Vale’s greenhouse gas reduction targets. “This equipment represents a milestone in Vale’s operations decarbonisation strategy and is aligned with its new pact with society,” Bastos says.

“It was extremely important for us to develop a demonstration project with Vale to create a product that met every operational requirement they had,” says Mr Sidarta Beltramin, engineering director at Progress Rail. “We focused our energies on ensuring that the EMD Joule performed as well as or better than current diesel locomotives working in the same service.”

Shortly after the EMD Joule demonstration with Vale was announced, Progress Rail and PHL reached an agreement to launch another EMD Joule locomotive project in California.

Under the November 2020 agreement, Progress Rail will supply the EMD Joule locomotive for a demonstration project, operating in the Ports of Los Angeles and Long Beach. The PHL locomotive, which is being built in Brazil on a six-axle EMD SD40-2 platform, is due to be delivered later this year.

“The EMD Joule is the first battery electric switcher locomotive designed by a major locomotive supplier for North America that appears robust enough for the demanding PHL environment,” says PHL president, Mr Otis Cliatt. “What Progress Rail and PHL will learn from this demonstration will hopefully advance the prospects for zero emission locomotive solutions in the San Pedro Bay ports.”

The PHL locomotive will use the same battery types as the EMD Joule produced for Vale, with both locomotives using ac traction motors along with the latest in power electronics.

Progress Rail continues to engage with customers with the goal of further developing the EMD Joule for additional regions and applications. It is also taking orders for the platform. The EMD Joule is designed with modularity in mind, and can support various power levels depending on customer needs.

The EMD Joule fits in an emerging area of battery technology exploitation. Other efforts in sustainability beyond battery electric locomotives include the use of biodiesel, liquefied natural gas (LNG), and hydrogen. All of these are part of the sustainability and decarbonisation puzzle.

“We see broad opportunities for our advanced technologies in the global rail industry not only for battery locomotives, but also for alternative fuels, hydrogen fuel cell applications, train automation, and supply chain optimisation,” says Mr Marty Haycraft, president and CEO of Progress Rail.