Dr Adam Bevan and Dr Jay Jaiswal from the Institute of Railway Research at the University of Huddersfield, Britain, explain the technology of heat treatment of rails and offer a comparative assessment of the efficacy of different rails at enhancing rail service life. 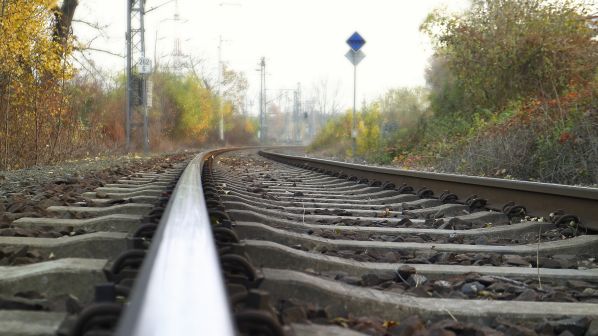 STEEL rails have been the material of choice for railways since the first installation at Derby station in Britain in 1857. Increasing demand on railway infrastructure has driven technological developments on both sides of the rail-wheel interface ever since with these efforts predominately focusing on prolonging asset life.

Although the rate of rail degradation is a function of many system variables, optimising the steel’s composition, microstructure, and properties provides the foundation for maximising rail life.

Significant advances have been made in steel cleanness and control of chemistry by all major rail manufacturers. The key differentiation between each supplier is their capability to manufacture premium-grade heat-treated rail steels, which offer enhanced resistance to the rapid degradation experienced on some stretches of most railway networks.

The major manufacturers have focused on developing rail steels which counter these degradation mechanisms by refining the pearlitic microstructure through microalloying additions and controlled heat treatment. These processes have required judicious matching of the metallurgical design of chemistry, adjusting the cooling media, and altering the design of the plant to deliver a cost-effective product.

Any meaningful assessment of the efficacy of rail heat treatment techniques needs to be judged against a benchmark of property requirements for premium grade steels. European Specification (EN 13674 -1:2011 +A1 2017), the benchmark for this study, lists nine different grades (Table 1), which fall into the two categories: “As-rolled” and “Heat Treated” based on their manufacturing route.

There is little or no difference between the various grades in terms of the requirements for all specified properties other than hardness and tensile properties. However, differences in composition and manufacturing route must be reflected in the actual values of these property parameters, which has been considered in other studies.

The relevance of the majority of specified attributes to the performance of the various rail grades is not immediately apparent. However, specified thresholds have served as a benchmark in order to prevent the introduction of new or additional risks. Nevertheless, it is still appropriate to examine the efficacy of all rail steel grades, particularly heat-treated premium grades, against the acknowledged rail degradation mechanisms of wear, rolling contact fatigue (RCF), and plastic deformation.

Rail grinding is deployed as a mitigation measure against RCF and plastic deformation, but is effectively enforced wear. Rail longevity is therefore governed by the combination of natural and enforced wear.

Past comparative testing of a large number of rail steel grades suggests that it is possible to maximise resistance to the key degradation mechanisms by offering a running surface hardness level of more than 370HB. However, rail life is not only dictated by surface hardness, but also by the depth to which the high hardness is maintained. Although no decay in hardness is ideal, the laws of physics dictate that cooling rates will decrease with increasing depth from the surface meaning it is impossible to avoid a degree of decay in hardness in heat-treated rails. It is possible to minimise this decay by optimising the the cooling regime. Hence the need to differentiate between the various rail heat treatment systems used by rail manufacturers.

Another aspect governing the longevity of heat-treated rails is the depth to which an acceptable level of hardness (say of more than 350HB) is available.

The stiffness (Ixx) of a new rail decreases as the rail wears while the outer fibre stress in the rail foot increases, and at a given level of vertical and side wear, the decrease in section stiffness and increase in outer fibre stress is deemed to be beyond the threshold for the safe passage of traffic and the rail needs to be replaced. Consequently, the most pragmatic depth of hardening must be equal to the maximum permissible wear.

The guidelines for the maximum permissible wear of rails in a heavy haul network employing a 68kg/m rail (Figure 1) probably represents the maximum level of permissible rail wear in any railway network. To maximise rail life, the vertical depth of hardening needs to be equal to the maximum permissable vertical wear of ~24mm while the hardening depth from the sides of the rail needs to be ~22mm. This leaves the “unhardened” core, as apparent in the end of life worn shape in Figure 1.

In comparison, the maximum permissible wear limit in mixed traffic railways operating at much higher speeds is significantly lower. Network Rail mandates a minimum rail height of 145mm for 56E1 rail that has a height of 158.75mm when new, thereby establishing a maximum wear of 13.75mm. This limit applies to rails in tangent track and must be reduced for stretches of track which experience side wear. The mandated minimum height of rail with a 56E1 profile must be increased by the value of the measured side wear. Thus, the maximum permissible wear in 56E1 rail in curved track can be expressed as: Maximum permissible wear: mm = 158.75 - (145 + measured side wear)

Thus, rail tender specifications should specify a value of the depth of hardening which reflects the wear limits enforced on the network.

As the design and operation of the various rail heat treatment systems in use are a closely guarded secret, a critical but realistic comparison needs to be based on:

Although systems employing air mist as a primary coolant have been tried, it does not offer any advantages and hence has not been included in this assessment. However, the use of air mist as a post transformation coolant to speed up production is acknowledged, including in the off-line system developed by the Chinese Academy of Railway Sciences.

The key advantages and disadvantages of the more widely-used quenchants are shown in Table 2.

The comparative data used in this study is a compilation of information from brochures and, where available, data from actual sample examinations. The data clearly reveals the combined contribution of steel chemistry and accelerated cooling when adjudged against the benchmark grade of R260.

The efficacy of the cooling media becomes apparent by comparing the data sets shown in Table 3. The compositions are broadly a C-Mn eutectoid steel similar to the benchmark composition widely deployed on many networks. The highest surface and depth of hardness is achieved through water spray cooling. The comparative lower potency of both polymer and forced air cooling systems is demonstrated by the relatively low levels of hardness generated in steels in data sets 19 and 20. This is in spite of the levels of carbon and manganese being towards the top end of the standard R260 grade together with a microalloying addition of up to 0.2% chromium.

The data sets in Table 4, particularly 26, 27, and 31, also reveal the wide range of chemistries used to achieve hardness levels of up to 450HB with forced air-cooling systems that also depict reduced levels of decay in hardness to depths of ~20mm. Although there is one example of surface hardness of more than 400HB from a water spray system, this is accompanied by a hardness level of just 360HB at approximately 20mm depth, highlighting the conflicting set of requirements in water spray systems.

A high heat transfer coefficient is required to generate the temperature gradient between the surface and core to increase the rate of cooling achieved in the core. However, a fast cooling rate at the surface is detrimental to the microstructure developed. In contrast, there is an appreciable gap between the cooling rates achieved at the surface through forced air and the critical cooling rate for the formation of a hard, undesirable microstructure in a wide range of compositions. Thus, forced air cooling offers the flexibility of designing the composition to achieve not only a high surface hardness but also a high depth of hardness. Unfortunately, depth of hardness data was not available for the polymer quenchant system.

Table 4’s data sets also show a preference for microalloying with Chromium, the primary function of which is to increase the steel’s hardenability or conversely to compensate/supplement the lower cooling rates achieved by the selected cooling media.

However, recent research has assessed the influence of various elements on the observed degradation through factors such as the dissolution of cementite, concluding that adding Chromium has a negative effect. In addition, interlamellar spacing was a second order effect on the resistance to RCF.

There are just a few compositions employing high levels (up to 0.8%) of silicon. Adding silicon prevents the formation of detrimental grain boundary cementite in hypereutectoid compositions and was also found to benefit resistance to RCF.

Although adding both Niobium and Vanadium are acknowledged by some major manufacturers, the extent of use is not revealed. Vanadium has also been shown to improve resistance to plastic deformation.

In summary, this study shows that water spray cooling is the most potent of the three coolants and forced air is the least. However, the conflicting requirements of a high surface hardness, a high depth of hardness and freedom from undesirable hard martensitic microstructures imposes the need to design a system in which a high heat transfer coefficient is generated only intermittently at the hot rail surface. This would enable any heat from the rail core to be conducted to the surface. Although the need for intermittent cooling permits the use of water, only a limiting cooling rate is permissible at the surface to prevent hard and undesirable microstructures. Accommodating these conflicting requirements makes the control of rail heat treatment systems, which employ intermittent water sprays, extremely complex and often impact the production rate. Furthermore, the potential of extremely fast cooling rates makes intermittent water spray systems very unforgiving and difficult to maintain consistency of properties.

While the quenching efficacy of polymer quenchants is lower than water, it remains a potent coolant with a capability to generate undesirable microstructures unless a wide range of process parameters is closely controlled. The complexity of process control and equipment design is reflected in just one manufacturer using this technology. This manufacturer has mastered the necessary controls but the intellectual property is closely guarded, although installation of a second system is believed to be underway in Russia.

The physics of cooling using forced air is well understood and there are several rail heat treatment plants based on its use. However, the lower heat extraction potency of this coolant became apparent from examining the properties achieved in the heat-treated benchmark composition.

Nevertheless, this became a positive attribute as it enabled the realisation of synergistic benefits through the judicious use of microalloying additions to the base chemistry. Hence, the study concludes that the judicious combination of steel chemistry and forced air cooling conditions can better achieve the properties required to resist rail degradation in service and enhance rail life in a cost-effective manner.