IRJ’s editorial team profiles the rail projects to watch in Asia over the next 12 months. 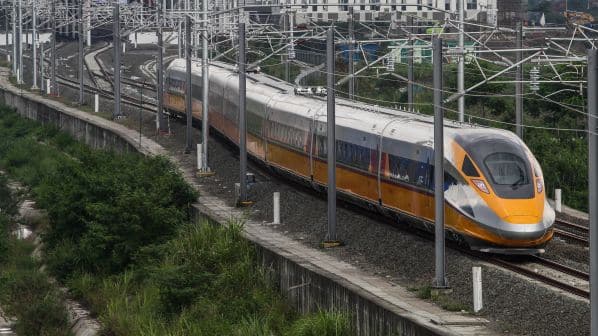 Dynamic testing started in November on the Jakarta and Bandung high-speed line.

Completion of the 350km/h line linking Jakarta and Bandung has been delayed due to poor soil conditions which caused problems building two of the 13 tunnels on the route which pushed the project $US 2bn over budget. Dynamic testing started in November and the line is expected to open in mid-2023 when the journey time between the two cities will be cut from the current fastest time of 2h 40min on the conventional line to around 40 minutes.

Turkey’s minister of transport and infrastructure, Mr Adil Karaismailoğlu, confirmed on November 21 that the Ankara - Sivas high-speed line will finally open in April 2023 after several delays. The 250km/h line will have eight stations, 49 tunnels and 49 viaducts. The new line will cut the distance by rail between Ankara and Sivas from 603km to 405km and reduce the journey time from 12 hours to 2 hours.

Construction will start next month on the northern and southern sections of the North-South Commuter Railway which will run from New Clark City via Clark International Airport and Manila to Calamba. According to Mr Timothy John Batan, under-secretary with the Department of Transportation, this will be the country’s largest railway project. The standard-gauge line is forecast to carry up to 600,000 passengers per day and will cut journey times substantially compared with road transport. The first section is expected to open in 2024.

Kolkata has built two metro lines with three more under construction. The early part of this year should see the opening of the southern elevated section of Line 3/Purple from Taratala to Diamond Hill in Joka and the southern part of Line 6/Orange from Ruby General Hospital to Kavi Subhash in New Garia where it will connect with Line 1/Blue. Both lines are 1676mm-gauge.

For detailed data on rail projects in Asia and around the world subscribe to IRJ Pro.