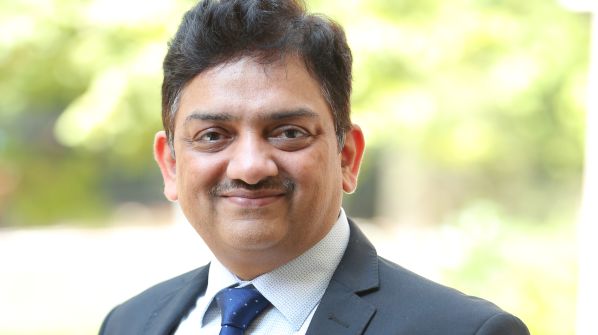 ALSTOM will deliver the first of 40 new trains for the National Capital Regional Transport Corporation (NCRTC) in early 2022 as one of India’s most important and ambitious railway construction programmes edges towards the start of operation in 2023.

The Rapid Rail Transport System (RRTS) foresees the construction of a network of four regional 160km/h standard-gauge railways between Delhi and neighbouring satellite cities. Construction on the first project, the 82.5km line between Delhi and Meerut, got underway in June 2019. And despite the impact of the Covid pandemic, work is progressing on schedule, according to Mr Vinay Kumar Singh, managing director of NCRTC.

This is quite an achievement given India’s patchy record of delivering major rail projects in recent times; the much-delayed Dedicated Rail Freight corridor programme and the more recent but already delayed Mumbai - Ahmedabad high-speed project spring to mind. In the context of a global pandemic, it is even more remarkable.

Singh explains that meticulous planning is at the heart of NCRTC’s approach, picking out two specific facets. The first is having a “very credible and expert team” who from day one began working on risk mitigation measures relating to all areas where things could go wrong, “identifying and resolving those issues one by one.”

He says items such as land acquisition, which is proving particularly problematic on the Mumbai - Ahmedabad scheme, are settled ahead of time. Singh says this is particularly important because working in the National Capital Territory is “very complex.”

“If we are covering 100km, we probably have 100 stakeholders that we have to deal with,” Singh says. “We are also passing through four states, so we have four different districts, four political parties, four types of bureaucracy. This is very complex. However, we have a very clear idea of how this project will be developed and the particular issues that we would face and when. I created teams which worked on these initial issues and sorted them out well before the start of the initial work. And when we did get stuck, we always had a Plan B. We were not only thinking about this, but doing this work, which meant that perhaps some of our effort went to waste, but it also meant that we are able to deliver the project on time as we had an alternative if something didn’t go quite right.”

Secondly, Singh says NCRTC was ready to continue working during Covid because all its processes were already on electronic platforms. Teams were able to work remotely in a collaborative manner, communicating and reviewing procedures. They were also able to give approval to contractors and consultants.

A common data environment (CDE) is at the centre of NCRTC’s work, which ensures all employees are reading from the same script. Singh says the use of a centralised tendering system via a government portal also enabled NCRTC to establish the structure for a remote bidding process, which extends from becoming the first railway company in India to hold pre-bid meetings for contractors online, to receiving and processing bids, and awarding contracts. All interactions with the project’s three financial backers, the Asian Development Bank, which is providing a $US 1bn loan, and the New Development Bank and Asian Infrastructure Investment Bank (AIIB), which are both providing $US 500m loans, were also conducted in this manner. The Indian government, and Delhi and Uttar Pradesh regional governments are covering the remaining $US 1.89bn cost of the project.

Further streamlining has focused on the project itself. Singh says prefabrication is expected to account for 75-80% of all structures. This is helping to reduce the level of construction and the amount of equipment such as cranes required on site, improving the safety and efficiency of work. “It is much easier to follow and monitor standard operating procedures and safety norms in closely supervised areas rather than in open sites,” Singh says. “This is making our job much easier and means we can do a lot of things simultaneously.”

“Hybrid Level 3 means that our hardware and the system is designed to be upgraded to Level 3 simply by upgrading the software. We will not require any lineside work or hardware changes.”

Inevitably NCRTC is collaborating closely with its various contractors to institute these working practices, including Larsen & Toubro (L&T), which has won a number of the most significant packages, including track work, as well as Afcons Infrastructure and Shanghai Tunnel Engineering Company, which were each awarded tunnelling packages.
The first 20km section of the railway between Sahibabad east of Delhi and Duhai with five stations is on course to open in March 2023. Singh says station and civil construction is set to conclude in March 2022 and that track laying work is already underway on some sections. This is also scheduled to be completed by March with the complete section finished by June 30, leaving six to nine months for testing and commissioning.

Singh says further approximate 20km sections will open every six months or so following the initial stretch until the complete corridor, which will have 22 stations and depots at Duhai and Modipuram north of Meerut, opens in 2025, offering a one-hour journey time.

By situating the eight stations in Meerut within close proximity to one another, Singh says the line will effectively act as a metro service for the city. The plan is to operate a mixture of express and stopping services, and for the first time for a heavy rail line in India, this will be overseen by a private operator which will also be responsible for maintenance of all sub systems.

Bids for the contract were due on December 9 and participation is expected from global consortia. Singh favours a flexible approach to this contract and says engaging a private partner will prompt a move away from rigid contracts common in India that can fail to provide flexibility to different situations that may emerge.

The RRTS is also set to debut several railway innovations and systems not previously used in India. This includes prefabricated slab track delivered by Porr Bau, Austria, and the use of rigid catenary in tunnels suitable for 160km/h operation supplied by Ircon International as part of its package to equip the entire line. Singh points out that the rigid catenary isn’t even that common in Europe. “It is a challenge for us to procure this technology, and to then adopt it and then maintain it correctly,” he says.

The rolling stock is entirely manufactured in India by Alstom, which will also maintain the fleet for 15 years. The order is split into 30 six-car inter-city trains for Delhi - Meerut services and 10 three-car trains for Meerut local services. With express trains set to operate at 160km/h, the fastest in the country, the fleet will be quite different from anything else currently in use in India. Manufacturing of the stainless-steel bogies and car bodies is taking place at the former Bombardier facility at Savli while propulsion and electrical systems are manufactured at Alstom’s site in Maneja. The trains will feature distributed traction and regenerative braking while traction and auxiliary converters will be designed using Insulated Gate Bipolar Transistors (IGBT) to minimise the use of heavy magnetic components.

The railway will also be equipped with ETCS over LTE with Alstom again responsible for design, supply, installation and commissioning of signalling and train control equipment under a €106m contract awarded in January 2021. The signalling system will comprise digital interlockings and ETCS hybrid Level 3, which is in effect a combination of ETCS Level 2 with the use of shorter virtual sections associated with ETCS Level 3.

“Hybrid Level 3 means that our hardware and the system is designed to be upgraded to Level 3 simply by upgrading the software,” Singh says. “We will not require any lineside work or hardware changes.”

Singh adds that with GSM-R set to become obsolete by the end of the decade, NCRTC will install a 4G LTE telecoms system which will be delivered by Nokia. Singh says this will be integrated with Automatic Train Operation (ATO) and the platform screen doors, which will be installed at every station, another key differentiator in a project of this scale.

Singh adds that the technology deployed on the first corridor is designed to be interoperable on the second, the 106km line between Delhi and SNB. Again, NCRTC’s close attention to detail is apparent in work on this project, which will pass through the states of Delhi, Haryana and Rajasthan, and will connect with Indira Gandhi International Airport as well as Gurugram, a tech hub. A second 58km phase of this project will extend the line to Alwar.

Systra and Aecom were appointed as detailed design consultants for the 62km section of the second line from Sherki Daula Toll Plaza in Gurugram to SNB. Work involves design for the stabling yard at Manesar, the depot at Dharuhera, the line’s 62km viaduct and seven elevated stations as well as detailed planning for five underground stations. L&T has also been contracted to provide detailed design for the Gurgaon section of the line which includes three stations.

Singh says all of the right of way has been secured and all approvals are in hand with intense investigation of the precise alignment underway. As for starting construction, Singh says he is hopeful of securing approval to proceed from the Indian government in early 2022 with completion expected within five years.

“Once we start, we want to go at a very high speed of construction,”

Almost 35% of the line will run underground with 70km of tunnelling required, an almost unprecedented amount for India according to Singh. He says 24 TBMs will be used. And with a mix of very hard and soft rock as well as a high water table just 2m from the surface in Delhi, tunnelling is expected to be a particularly challenging. The tunnels will also go beneath existing Delhi metro lines at five locations.

“Once we start, we want to go at a very high speed of construction,” Singh says. “We want to generate confidence by studying similar cases across the world and understanding what might have gone wrong with those projects and what went well. We are studying what went wrong with tunnelling in previous projects in Delhi and what kinds of surprises we might face.”

Preliminary work on the third corridor, the 103km line from Delhi to Panipat, is also underway. This includes understanding utility relocations and structures that will require removal. Singh says this work will step up once construction of the Delhi - SMB line gets underway.

Singh says trains will operate across the entire 1435mm-gauge network and not just point to point, which offers a multitude of journey possibilities for passengers. RRTS lines will also provide interchanges with airports as well as the wider Indian Railways network, Delhi metro and the future metro in Gurugram, and bus services at multiple locations, including Sarai Kale Khan station, which will become a major transport hub, connecting all three RRTS lines with main line rail, metro and bus services.

Decongestion of Delhi’s roads and a reduction of pollution are expected benefits of the RRTS. Singh also says he believes the project will help to support “reverse migration” helping people who might have moved to the city from outlying towns and regions to return but retain their employment in the city centre.

Such improvements in living standards are attractive and RRTS is a concept that looks likely to be replicated in other Indian cities and regions. Singh says NCRTC is supporting the central government with this effort. “We have created systems which can be replicated easily,” he says. With several key milestones on the first RRTS project looming, 2022 is going to be a big year for this transformative project and regional rail transport in India.