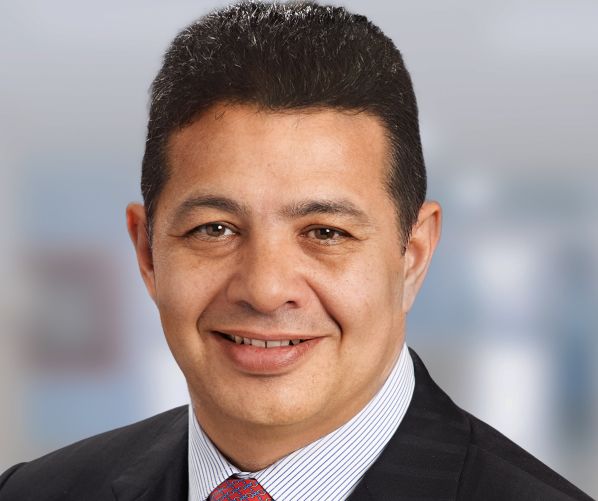 WITH a portfolio that includes rail projects in California, Saudi Arabia, New York City, Cairo and Athens, Hill International is well placed to assess the current condition of the global infrastructure market and its prospects for 2022.

The US-based company provides programme, project and construction management services with more than 70% of its business derived from infrastructure. CEO Mr Raouf Ghali says that with various government stimulus packages now kicking in, infrastructure spending is proving to be robust worldwide as governments and investors seek to serve growing populations and deliver sustainable and environmentally friendly outcomes. He says demand for mass transport systems is particularly strong. “Rail is really one of our very important end markets and we see a strong future,” he says.

Ghali says the Covid-19 pandemic has slowed rather than halted projects. However, as the world continues to open-up and the teams working on these schemes remobilise, a whole new set of challenges are emerging.

Widely reported issues with the supply chain caused by the slowdown in manufacturing in the last 18 months and subsequent issues with logistics is resulting in inflationary pressures on certain goods. Ghali says this remains a short-term trend, which he is optimistic will correct itself by the end of 2022. Nevertheless, he says project developers can take steps now to manage these issues to maintain a project’s momentum while avoiding paying over the odds for certain items.

Ghali adds that this might involve engaging in land acquisition, utility relocation and small-scale construction slightly earlier than planned or other elements that require less steel or raw materials while design of the larger segments continues. “You are maturing other parts of the project, so the overall programme is not delayed but the sequencing is a little different,” he says.

Ghali reports that there has been a tendency during the pandemic for developers to engage in more prefabrication work away from the worksite to reduce the number of people and the time on site. The National Capital Region Transport Corporation (NCRTC) reports adopting this strategy for India’s Rapid Rail Transport System (RRTS) project with great success. While the new approach is broadly welcomed, for Hill this presents the challenge for its staff having to travel to various manufacturing plants rather than work sites to assess progress. There are also questions over transport and logistics for preassembled components and the possible impact of vibrations during transit and who might be responsible for any defects that emerge.

“It’s something that is evolving,” Ghali says. “Sometimes we continue to find better ways. But occasionally it evolves, and it really doesn’t work, so we go back. We are very fond of finding new ways of doing things that make sense to improve efficiency and streamline processes.”

“Barring any new Covid disasters, we feel very good about 2022. We are looking at healthy growth in all the regions we are in.”

Among the techniques that emerged during the pandemic when people were not allowed on site was the use of drones to inspect new railways. Ghali says this offers the advantage of providing detailed images, which can indicate potential issues and avoid someone walking the entire piece of infrastructure. “If it needs physical surveys, that’s when the engineers go in,” he says.

The pandemic also prompted changes in office working. Ghali says Hill, like most companies, embraced mobile working and he envisages a 50:50 split between home and office working in the future, which could see the company reduce its property portfolio. He says an entire home-based operation does not work as the company loses the ability to train its staff, which is especially important for younger professionals to build teams and to make them feel part of something bigger.

“But you also want some flexibility for them to be able to work from home and have control over their time,” Ghali says.

Another major challenge is accessing skilled professionals and engineers. Ghali admits that all developers are fishing in the same pool, but Hill is in a strong position because its employees are encouraged to move between projects in different parts of the world. This could certainly help it in the United States, where the Infrastructure Bill passed by Congress in November is expected to result in a surge in construction over the next decade. This knowledge transfer will be key to effective delivery of many of the key rail schemes.

Ghali thinks that the upcoming pipeline of work will help to reduce price pressures on these projects and eventually drive down costs. “I think because of the sheer size of it, whether it’s the tracks, the rolling stock or the infrastructure, the amount of manufacturing that will be required over a period of time is going to result in some efficiencies and competitive pricing,” he says, adding that due to the shovel-ready status of many of the projects, the economic impact could be felt much sooner than many people think.

Ghali references the European Union’s Covid stimulus package as a similarly encouraging development for rail projects, especially in new member states and in eastern and southern Europe where rail infrastructure is not as well developed - Hill is already working on a project in Kosovo and recently won a contract with Athens metro.

India is also mentioned as driving strong demand along with the Middle East, which after the oil crisis of 2014-15, is restoring impetus to its previous rail projects. The UAE’s announcement of a $US 13.6bn investment in expanding the rail network for freight and to introduce passenger services is especially encouraging.

North Africa is another major growth area. Egypt is investing billions on rehabilitating existing and building new railway infrastructure, including its high-speed project. Likewise, Algeria, Tunisia and Morocco have ambitious plans for expansion. This climate leaves Ghali optimistic for the year ahead.

“Barring any new Covid disasters, we feel very good about 2022,” Ghali says. “We are looking at healthy growth in all the regions we are in. Procurement for infrastructure projects really started to gather steam in the latter part of the year. The fourth quarter really shows signs of very, very good world economic recovery and the need to retool and remobilise our the others we have been awarded. The start-up is much faster than we have seen for 24 months.”