Private finance is being deployed to rebuild 800km of Guatemala’s currently disused network at a cost of $US 1.75bn, with the aim of establishing the country as a hub for trade with its neighbours and North America. Robert Preston spoke to Remed CEO Carlos Álvarez. 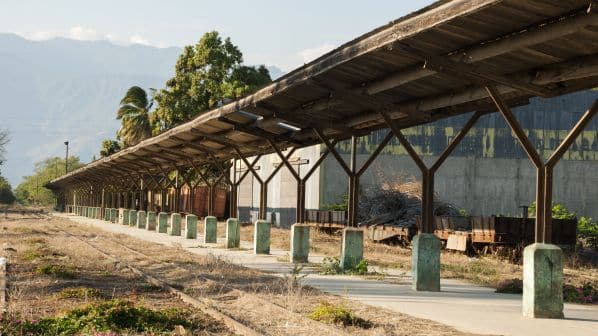 FOLLOWING two years of development work including engineering design, construction is due to start on January 20 2023 under an ambitious programme to rebuild Guatemala’s national railway network. Costing a total of $US 1.75bn, the project developed and financed by private company Remed will see new 1435mm track laid on the right of way of Guatemala’s currently disused 914mm gauge network to ensure interoperability with North America. As well as Mexico, Guatemala’s revived rail network will be connected with El Salvador and Honduras and 800km of new or upgraded railway is involved in total.

Remed believes that the lack of a working railway in Guatemala has hindered the development of trade. As well as cutting transport costs, reducing pollution and improving the flow of trade, the revived rail network would connect Guatemala by rail via Mexico with the US, which is Central America’s largest trading partner accounting for 51% of the region’s exports. According to the Bank of Guatemala, the country’s export income grew by 15% between January and April 2021 compared with the preceding period.

As Remed CEO and founder, Mr Carlos Álvarez, explains, the company has signed a 34-year lease on the national network with its owner Ferrovías Guatemala, which includes four extension options of 10 years each. Ferrovías is a private company that emerged from the forced termination by the government of the Guatemala Railways (FVG) concession held by Railroad Development Corporation (RDC) of the US, which saw the last train operate in Guatemala as long ago as September 2007. The government of Guatemala owns 83% of Ferrovías Guatemala, with the remainder held by private companies including fruit producer Chiquita and a cement manufacturer.

Remed stresses that its project is 100% privately financed without any government participation. The government of Guatemala will however receive 9% of turnover via its majority holding in Ferrovías.

“We roughly estimate the whole project will cost $US 1.76bn, and that building a kilometre of track will cost between $US 1.85m and $US 2.1m,” Álvarez says. He reports that two construction contracts have been awarded with the remaining three to follow shortly, four in the hands of local companies and the fifth to be undertaken by a Mexican contractor.

The Remed project has been divided into three stages, but work will start on all three next month at six work sites with the aim of completing the entire programme within 24 months. Stage 1 mainly comprises an upgrade of the 235km running from Tecún Umán on the Mexican border via Río Bravo and Santa María to Puerto Quetzal, now Guatemala’s largest port on the Pacific coast which handled 21 million tonnes of freight in 2021. The 30km branch from Retalhuleu to Puerto Champerico would also be brought back into service. Stage 1 is expected to cost $US 700m.

A rail link has been brought into use between Guatemala and Mexico, laid on an existing road bridge across the River Suchiate between Tecún Umán and Ciudad Hidalgo on the Mexican side. Providing a link to the North American network is essential, Álavez says, noting the importance attached to this section of the project by the governments of both Guatemala and Mexico.

It is hoped that upgraded customs facilities at Tecún Umán, combined with electronic document transfer, will enable freight trains to cut transit times substantially - freight moving by road from Guatemala to Mexico and the US can take between seven and 14 days to reach its destination. This is partly due to the poor state of the road network, but also the requirement for road vehicles to change number plates when crossing the border.

“It is very important to note that the project it going to bring jobs to Guatemala,” Álvarez says. “It will have a positive impact on the 4.5 million people who live along the right of way.”

Mexico currently exports over 10 million tonnes of goods a year to Central America, with 4 million tonnes moving by road and 70% by sea. Trade in the reverse direction amounts to 4 million tonnes, and Remed sees the potential for rail to carry up to 8.2 million tonnes of freight across the border into Mexico. Within Mexico, the Remed programme includes upgrading the 29km from Ciudad Hidalgo to Los Toros, as well as the 13km branch from Los Toros to Puerto Chiapas on Mexico’s Pacific coast.

The focus of Stage 2 is to revive rail links to ports on Guatemala’s Caribbean coast. It mainly comprises the upgrade of 317km running inland from Puerto Barrios and neighbouring Santo Tomás de Castilla, one of the most active ports in Central America, to Zacapa and the capital, Guatemala City. Guatemala’s ports currently handle over 30 million tonnes of freight a year, but the lack of warehousing and storage space is creating a bottleneck for export traffic that restored rail connections should help to relieve. Stage 2 also includes the upgrade of the 89km route from Guatemala City to Santa María, connecting stages 1 and 2.

Stage 3 adds more international links. A new line 91km in length will be built to the border with El Salvador from Obrero, between Santa María and Puerto Quetzal on Stage 1. Álvarez notes that the alignment of this route runs very close to the site of the new international cargo airport that the government is planning to build at Escuintla, offering the potential of an easy rail connection. A new line to the border with Honduras runs for 19km parallel to the CA-13 highway, from Entre Ríos near Santo Tomás on Stage 2.

“It is very important to note that the project it going to bring jobs to Guatemala,” Álvarez says. “It will have a positive impact on the 4.5 million people who live along the right of way.”

Overall, the Remed project aims to transform Guatemala’s derelict network into a modern freight railway. And it is not likely to be an easy task, considering that in many places the formation has been completely overgrown, damaged by flooding, occupied by housing or other development or is simply non-existent.

According to RDC, after it ceased operations in 2007 the railway “literally disappeared, with even steel bridges being stolen for scrap in broad daylight.” As Remed director general, Mr Juan Manuel de León, told a railway development seminar organised by the Latin American Railway Association (Alaf) in Buenos Aires on November 10, “there are access rights to the track, but no longer any track. We have to build new track.”

Structures include a total of 233 bridges and tunnels. Álvarez says that 220 rail bridges will have to be completely rebuilt, with damaged or missing spans replaced by new concrete or steel structures that will be built off-site and then moved into position. Following rebuilding, the loading gauge will be generous enough to accommodate double-stack container trains. By connecting Puerto Barrios on the Caribbean with Puerto Quetzal on the Pacific, Guatemala’s revived rail network will provide “a dry Panama Canal,” Álvarez says. “Double stack would help a great deal.” Remed sees the potential for the railway to carry 20 million tonnes of transit traffic every year.

Rebuilding to 1435mm gauge will follow North American standards as established by the American Railway Engineering and Maintenance of Way Association (Arema). Following work to clear vegetation, the existing formation will be removed and new drainage installed, as well as culverts to enable wild animals to cross under the railway. The new formation will be 3.5m wide and laid on geotextile. Track will be welded rail to the standard Arema 115RE profile, weighing 56.9kg/m and laid on concrete sleepers resting on rock ballast. Level crossings will be refurbished or closed where necessary.

“There are access rights to the track, but no longer any track. We have to build new track.”

The upgraded infrastructure will enable freight trains to operate up to a maximum speed of 85km/h on the main line, and the maximum gradient will be 1%. The minimum curve radius will be 1750m on the main line and 1200m in stations. There will be passing loops every 20 to 25km, each one 1500m long.

As well as serving the country’s principal ports for container and other traffic, freight facilities on the upgraded network include three terminals on the borders with Mexico, Honduras and El Salvador, each equipped with customs facilities. There will be three intermodal terminals at El Rancho, Santa María and Tecún Umán, and three rolling stock maintenance workshops.

Remed is undertaking procurement of a contract to operate Guatemala’s rail network, and with negotiations underway Álvarez is unable to provide further details at present. He can say that the future operator will be “a very big company,” and that its contractual relationship with Remed will be “more like a partnership.” Rolling stock and other matters will be the responsibility of the eventual operator, but plans are in hand to reintroduce passenger services, including tourist trains and suburban services for Guatemala City where “the demand exists,” according to de León.

Remed has been in contact for over four years with British rolling stock supplier Vivarail, which is developing battery-powered trains. “We are definitely looking to bring their technology to Guatemala,” Álavarez says, noting that this will enable traction batteries to be recharged in stations in a matter of minutes.

There would also be a wider social function for Guatemala’s revived railway, where stations would provide internet access for isolated communities. Remed hopes to see health services reach the interior of the country on a dedicated train, pointing to the Dr Vagón initiative in Mexico where a 17-coach train equipped with an operating theatre takes free healthcare to isolated communities.

Given the recent history of rail in Latin America, where passenger trains have almost completely disappeared apart from the public transport networks of the major cities and privatised freight operations have delivered mixed benefits, few would deny that Remed has set itself an ambitious programme. After much legal groundwork and pinning its faith on a lease between private parties, Remed clearly hopes that - free from political interference - it can use private capital to revive a dormant asset and achieve its purpose of meeting “the need for a functional and efficient rail system for a developing region.”