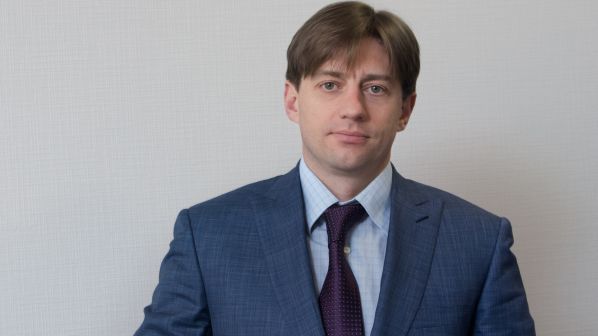 2018 was a boom year for Russia’s largest locomotive and rolling stock manufacturer Transmashholding (TMH). By September, the company was reporting a 40% increase in production at its 14 plants across Russia following a series of major domestic contract awards in recent years which are now coming to fruition.

One of the most significant is for 96 eight-car metro trains from Moscow Metro awarded to TMH subsidiary Metrowagonmash in 2014. Delivery of the Roubles 133bn ($US 2.02bn) order commenced in 2017 and is set to conclude in 2020.

It is a similar story in St Petersburg. Here another TMH subsidiary, October Electric Car Repair Plant (OEVRZ), completed delivery of 27 new six-car metro trains for use on Line 3 in June. World Cup visitors were again some of the first to use the new trains, which feature asynchronous traction drive and should cut energy consumption by up to 30% compared with the previous fleet. In addition, OEVRZ is supplying a further 20 eight-car trains for the 113km metro network under a Roubles 10bn contract that will run until 2020.

For passenger coaches, Lipa says Russian Railways (RZD) subsidiary, Federal Passenger Company (FPC), has increased demand by 30-40% in recent years resulting in significant orders. Among the recent highlights is a contract for 293 coaches placed with Tver Carriage Works (TVZ) in July. The manufacturer was set to supply 676 coaches to FPC in 2018, up from 425 in 2017 and 234 in 2016. TMH is also reporting an upsurge in orders from industrial customers for coaches, including postal vehicles while TVZ agreed a contract with Central Suburban Passenger Company in October to supply 15 seven-car EG2Tv Oriole EMUs for the Moscow Central Diameters network.

Locomotives remain a mainstay of the company’s business and demand here also increased by 30% in 2018, a situation which Lipa believes will continue into 2019.

“We have already produced the most powerful diesel locomotive in Russia, which is capable of hauling 7500-tonne trains in the Baikal Region,” Lipa says. “This is important for coal production, which is growing. The infrastructure there is limited by a single-track line, so that is why it is important for them to use more powerful locomotives.”

These units are equipped with GE Transportation engines and Lipa reveals that TMH’s locomotive offering is set to be boosted by an upcoming agreement to manufacture diesel engines in Russia in partnership with the American manufacturer. TMH is also working in a joint venture with Hitachi to produce metro vehicle traction systems in Russia. The joint venture, in which TMH holds a 51% stake and was formed in May, is set to produce 200 traction systems annually at Metrowagonmash’s production facilities, and is targeting contracts in Russia, the CIS and Europe.

Another key partnership agreed in 2018 was the takeover by TMH of maintenance provider LocoTech-Service. The company maintains 15,000 locomotives across Russia and has a 40-year service agreement with RZD.

Critically, the merger marked a complete restructuring of the holding company of TMH. Instead of a 33% stake in TMH, Alstom now holds 20% in the new corporation, with 79.4% held by companies owned by several prominent Russian billionaires: TMH board member and primary owner of copper producer UGMK, Mr Iskander Makhmudov; his business partner and TMH president, Mr Andrei Bokarev; Mr Dmitri Komissarov, and Lipa. Lipa and Komissarov hold the remaining 0.6% separately.

The two companies will remain largely independent, but with demand for overhauls also hitting historically high numbers, Lipa says the merger is a critical step towards diversifying TMH’s offer and making the company more competitive. “It provides us with the opportunity to build a complete lifecycle business,” he says, adding that together the two companies are projected to post revenues of Roubles 300bn in 2018.

Here Lipa says the emphasis is on developing a local presence in specific target markets. “We understand that we don’t want to be the fourth or fifth competitor coming to the same tenders with the same ideas,” Lipa says. “We don’t believe that simply selling rolling stock matches the strategy of local companies.

“Our idea is to develop locally. TMH is privately-owned so we have long experience of developing this company in Russia and we hope to do the same outside of Russia. It is not a matter of going somewhere and putting in a bid, but trying to address the problems they have, whether their fleet is old, or new, but it is not working properly. The first step is to do something to put it back into use.”

Argentina is an early target for this strategy. TMH has established a local subsidiary which has secured a three-year contract to repair and maintain 24 type SDD7 diesel locomotives and 160 passenger coaches supplied by CRRC in 2013 for use on the San Martín Line from Buenos Aires to Pilar. Maintenance will be carried out at the existing depot near Retiro San Martín station. TMH-Argentina will also invest $US 3m to modernise the rolling stock workshop at Mechita near Bragado in Buenos Aires province. Most employees will be experienced Argentinian engineers and technicians.

The next chapter in this story is South Africa. On October 31, TMH confirmed that it has purchased DCD Group’s rolling stock facility in Boksburg for a reported Rand 500m ($US 33.9m). The 45,000m2 plant, TMH’s first in Africa, will be used for the assembly, maintenance and modernisation of rolling stock from clients across Africa.

Like Argentina, local players in South Africa have experienced problems with Chinese suppliers and Lipa says it is “exactly” TMH’s strategy to work in these areas.

Elsewhere, Transmashholding-Hungary secured a $US 1bn contract at the end of September to supply 1300 coaches to Egyptian National Railways over five years in what is the largest rolling stock order in the railway’s history. Half of the coaches will be manufactured at Dunakeszi Jarmujavito in Hungary in cooperation with TVZ, while TVZ will produce the remainder on a stand-alone basis. Final assembly will take place at a facility which TMH International will build in partnership with the National Organisation for Military Production in Egypt.

Closer to home, with Alstom retaining a 20% stake in TMH, Lipa says there is uncertainty about how the pending Siemens-Alstom merger, which is expected to be finalised in 2019, will impact the company. While he does not expect any dramatic changes, Lipa is unclear if there will be any alterations to the commercial and strategic situation in Russia where both companies are present, but are less strong in the overall market.

Recent western sanctions are perhaps of greater concern and Lipa admits that the subsequent bank uncertainty over the security of Russian investments has placed companies like TMH “under great pressure.”

The manufacturer’s response has been to innovate and become more self-sufficient. For example, TMH is improving efficiency at its Russian manufacturing plants by digitalising key processes. This includes Locotech’s activities, which is helping to increase capacity without expanding facilities, and by enhancing cooperation between each of the company’s manufacturing plants. “Right now, we are installing systems which plan production automatically,” Lipa says. “The computer does it for us and that is why we believe we will get some extra opportunities without strong capex or investment.”

In addition, by embracing this strategy, Lipa says TMH is better positioned to continue operating effectively even if its western partners pull the plug on key contracts. Indeed, with the company leaner, faster and more flexible to demand, the signs are that TMH will retain its current momentum over the next 12 months.

“Rolling stock is not rocket science,” Lipa says. “If Russia managed to launch spaceships, I guess we will be able to make rolling stock, even with the sanctions.”