The new plan centred on Birmingham takes account of the effects of Covid-19 and HS2. 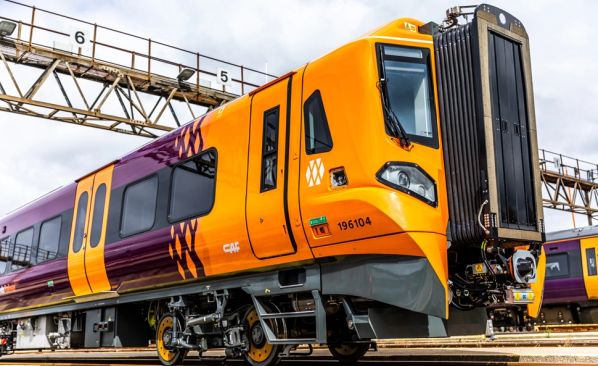 West Midlands Trains is starting to introduce a new fleet of CAF DMUs.

While key elements of the first strategy, published in 2018, remain the continued development of HS2 and the delivery of the Midlands Rail Hub, the revised strategy sets out how the region’s rail sector plans to tackle challenges like post-pandemic recovery, maximising the benefits of HS2, developing rail freight, supporting the government’s levelling up agenda and contributing to achieving national net zero carbon targets.

Several projects in the first strategy have either been completed, such as the new Worcestershire Parkway station, or are underway. This includes construction of three new stations on the Birmingham - King’s Norton Camp Hill line and two new stations between Wolverhampton and Walsall as part of the reopening of these lines to local passenger services.  Redevelopment of Coventry, Wolverhampton, Perry Barr and University stations is also underway.

The revised strategy takes account of the reduction in passenger traffic because of changing work patterns caused by the Covid-19 pandemic and the reorganisation of the railway industry through the establishment of the Great British Railways.

The plan sets out how passenger numbers and train frequencies are expected to return to pre-pandemic levels by 2026 and outlines how the network will need to be further developed to enable additional growth. This could include a new rail tunnel under Birmingham city centre.

• development of the Midlands Rail hub to create capacity for new stations and services, such as more services linking Birmingham and Coventry to Worcester and the East Midlands

• how spare capacity created on the West Coast Main Line following the opening of HS2 could be used to improve local and regional services along the Birmingham - Coventry - Rugby corridor.

• reopening the Lichfield - Alrewas - Burton-on-Trent line, and in the longer term

The plan calls for the electrification of the following lines:

• fast/freight tracks between King’s Norton and Barnt Green, and

These projects would be followed by electrifying:

“There is no doubt that rail is facing challenges following the Covid 19 pandemic,” says mayor of the West Midlands and chair of WMRE, Mr Andy Street, “but this strategy shows that passenger numbers will return, and it remains a crucial part of our transport network and will play a key role in tackling the climate emergency. Therefore, we have set out how we plan to grow the network in a coordinated way over the next three decades to better connect communities to the jobs and opportunities our region has to offer.”

The draft strategy has been led by WMRE and developed with Midlands Connect and the Department for Transport. Following consultation, a final draft will be presented to the WMRE Board for approval.