A new Transport Bill promised this autumn will now not be heard until the next session of parliament, which begins in May 2023. 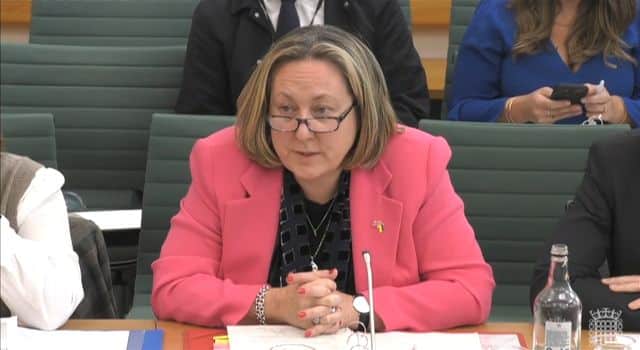 BRITAIN’s secretary of state for transport, Ms Anne-Marie Trevelyan, has confirmed that no new Transport Bill will be heard during the current session of parliament, which concludes in the spring, effectively delaying the process of establishing Great British Railways (GBR) as a new governing body for the country’s railway.

Speaking during a Transport Select Committee meeting on October 19, Trevelyan said that challenges surrounding energy and other legislation in the current parliamentary session meant that the Department for Transport (DfT) “had lost the opportunity” for a major Transport Bill.

She said that this meant that GBR was unlikely to be in place by early 2024 as planned.

However, Trevelyan emphasised that work would continue on implementing changes that can be made without formal legislation, stating that this is an area of focus for the new rail minister, Mr Kevin Foster, “to give industry the confidence and support of the DfT’s direction of travel even if we cannot complete the overall primary legislative envelope in the next six months.”

Trevelyan did not reveal specifically what these areas might be, only stating that the customer - the passenger and freight customer - would be at the heart of these reforms.

Dame Bernadette Kelly, DfT permanent secretary, told the committee that elements which require legislation include the formal transfer of franchising powers from the government and DfT to another entity.

Kelly was unable to confirm a formal date for publication of the Rail Network Enhancement Pipeline (RNEP). Last published in October 2019, the RNEP comprises around 60 projects that infrastructure manager Network Rail is expected to deliver within its current five-year funding period, Control Period 6.

The projects are valued at around £9bn and the plan is supposed to be updated annually. Some projects included in the original plan have slipped, with the lack of progress regularly criticised by industry. Kelly did attempt to offer some reassurance, stating that the department is “looking hard at how we make sure those rail investments are being delivered.”

Responding to the announcement, Mr Darren Caplan, chief executive of the Railway Industry Association (RIA), expressed disappointment at the postponement of legislation and the delay in establishing GBR. “As the government itself has said, the railway needs a clear strategic direction and GBR was to be the mechanism to deliver this,” Caplan says.

“For the rail supply sector there is now a real concern that this delay will lead to a hiatus in work, hitting confidence and certainty in what are already difficult economic circumstances.”

Transport Select Committee member, Mr Ben Bradshaw, the Labour MP for Exeter, tweeted that “the whole of government is falling apart” in response to Trevelyan’s revelation that the Transport Bill promised this autumn would be dropped.

The October 2022 edition of IRJ includes an in-depth feature on the work of the Great British Railways Transition Team. Online subscribers can read it here.