€651m Brenner Base Tunnel contract awarded to Webuild and lmplenia

The contract covers the section from Gola del Sill to Pfons. 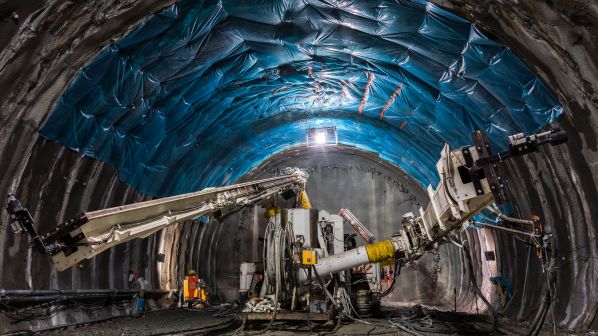 BRENNER Base Tunnel (BBT SE), the company overseeing construction of the 55km tunnel between Italy and Austria, has awarded a 50-50 joint venture of Webuild’s Swiss subsidiary CSC and lmplenia a €651m contract for Lot H41 Gola del Sill -­ Pfons.

Webuild says the project has been designed to improve environmental sustainability. The work sites are designed to reduce travel times for the transport of materials, and feature measures to reduce dust and noise.

Webuild is currently working on a number of other sections of the tunnel, including the lsarco River Underpass and the Mules 2-3 lot after completing the Pfons - Tulfes section. Webuild and Implenia are also working on the Fortezza - Ponte Gardena line south of the tunnel.