Preliminary works on the 460km line are underway. 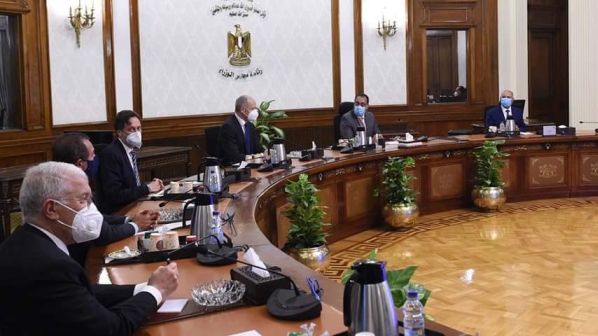 EGYPT’s prime minister, Mr Mostafa Madbouly, has met with the president and CEO of Siemens, Mr Roland Busch, to sign a contract to build a high-speed line across the northern part of the country, as preliminary works on the line are underway.

The contract, the first signed under the MoU, is worth $US 4.5bn, of which Siemens' share is worth $US 3bn, and covers the initial 660km out of the 1800km planned network. Additionally, it was agreed to discuss and finalise the agreements on two other high-speed lines including infrastructure and trains, and maintenance in the coming months.

The 460km phase one will connect the developing cities of El-Alamein on the Mediterranean Sea to Ain Sokhna on the Red Sea, via the New Administrative Capital. A 200km phase two will extend the line from El Alamein to Marsa Matrouh. The line, which will have a design speed of 250km/h, will carry both freight and passenger services, with express services operating at 200km/h, regional trains running at 160km/h and freight trains at 120km/h. The line will have 20 stations.

Siemens will deliver its Velaro high-speed trains, Desiro high-capacity regional trains, and Vectron freight locomotives for the project, as well as a signalling system based on the latest computer-based interlocking technology and ETCS Level 2, along with a power supply system. Siemens will also provide and integrate the communications, safety and security systems. Orascom Construction and The Arab Contractors will install the tracks, while NAT will build the bridges and facilitate the sub-grade construction.

The consortium will directly create more than 15,000 jobs in Egypt, with an additional 3800 jobs at Egyptian suppliers and indirectly through the wider Egyptian economy.

The Egyptian government plans to develop a 1825km three-line high-speed network. The second line will be 925km long and run from 6th October City to the west of Cairo along the Nile River to Qena, Luxor and Aswan, while the third line will run from Qena east to Safaga port and Hurghada on the Red Sea coast, with a length of about 240km.

“This high-speed train will strengthen the infrastructure of the areas it passes through and help achieve urban sprawl, in addition to linking the New Administrative Capital and new cities to the railway network for transporting passengers and goods,” Al-Wazir says. “The project will also help promote tourism through a fast, modern, and safe means of transportation characterised by the highest levels of efficiency and safety to meet the needs and expectations of all Egyptians across the country which is considered a major leap in the field of rail transport.”

The fully electrified system will reduce primary energy usage and overall air pollution by cutting carbon emissions by 70%, in comparison to the current emissions from car and bus transport. The connection will transport more than 30 million passengers per year.