The move has been proposed by the European Union following the Russian invasion of Ukraine. 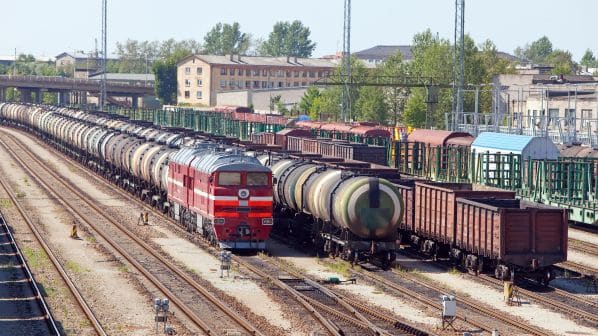 ESTONIAN Railways CEO, Mr Kaido Zimmerman, has said in a letter to the Ministry of Economic Affairs and Communications that converting the country from 1520mm-gauge to 1435mm-gauge tracks would cost around €8.7bn, including €7.5bn for the infrastructure work and €1.2bn for new rolling stock.

Estonia joined Finland in questioning the European Commission’s (EC) proposal to build all new lines should to standard gauge and key routes in other gauges converted, except where this cannot be justified on cost: benefit grounds. The proposal was predominantly introduced following issues arranging the export of grain from Ukraine during the Russian invasion, but also affects other countries also bordering Russia.

On September 7, the Finish government reiterated its position to the EC that conversion to standard gauge should be down to national discretion, saying Finland was “extremely critical” of the change, which it believes would be unreasonable for the Finish network.

Zimmerman said it would be better to wait until the completion of the Rail Baltica project through Latvia, Lithuania and Estonia, which will be built at standard gauge, before considering converting existing lines. He said the conversion process would restrict rail traffic for a decade, and require the construction of a parallel network in standard gauge during the transition process.

Rail freight in Estonia has increased slightly due to the transport of oil shale and wood to be used in energy production. The number of trains crossing the Estonian-Russian border has dropped from eight a day before the sanctions to three.

Estonian Railways also warned that the current energy crises could impact the electrification of its network, and the financial situation could hinder the restoration of the Valga - Antsla - Võru - Koidula line in the south of the country. However, renovation of the Tallinn - Tartu line is still on track, while the planned Haapsalu rail extension from Turba to Risti, which would provide a connection to Haapsalum, is not expected to be delayed by the sanctions.