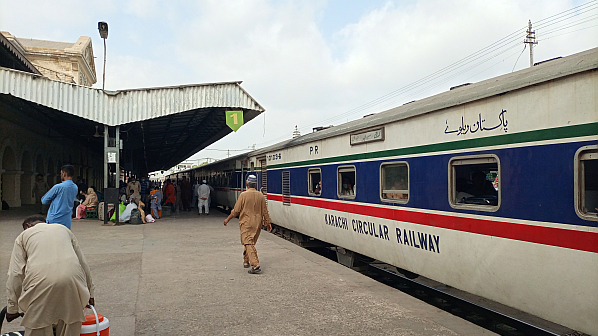 The full, electrified Karachi Circular Railway is due to operational in 2023.
Photo Credit: Shutterstock.

PAKISTAN prime minister, Mr Imran Khan, told guests at the ground breaking ceremony for the Karachi Circular Railway (KCR) on September 27 that more projects are needed in the city to cope with its growing population and transport issues.

Khan said that Karachi is the economic hub of Pakistan and that more projects need to be designed for the city to cope with its issues. He said that this was why the KCR was not only being rehabilitated but expanded and modernised.

When open the Rs 250bn ($US 3.37bn) project is expected to carry up to 500,000 passengers per day. The railway will be fully electrified with 33 stations, with around 22km of track elevated. The first part of the 55km KCR line to be restored, a 14km section between Karachi Central and Orangi, opened in November 2020.

Work on the remaining 41km KCR line is expected to be complete in mid-2023, and is being carried out by Pakistan Railways and the Sindh provincial government through a private-public partnership (PPP) with third parties.

The KCR ceased operations in 1999 after suffering huge losses due to a lack of investment.