A legal challenge is brewing after BBT SE, the company overseeing the 64km Brenner Base Tunnel project between Austria and Italy, cancelled a €966m contract with the ARGE H51 Pfons-Brenner consortium, which is responsible for the 18km lot H51 Pfons-Brenner section of the tunnel. 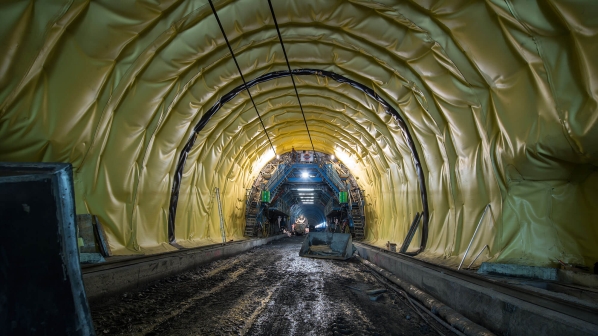 Work on Lot H51 began in late autumn 2018, and involves excavating two main tunnel bores between Pfons and Brenner, around 9km of exploratory tunnel, and the emergency stop and transfer point at St Jodok.

The contract was cancelled following a unanimous resolution of the BBT SE supervisory board, with a letter confirming the decision sent to the ARGE H51 consortium of Porr, G Hinteregger & Söhne, Condotte and Itinera on October 27.

“The final refusal of the contractually promised services on several counts and the loss of confidence that has now occurred has unfortunately forced us to terminate the contractual relationship with ARGE H51,” say BBT SE board members, Mr Gilberto Cardola and Mr Martin Gradnitzer. “In order to ensure that construction of the Brenner Base Tunnel can continue as quickly as possible, an in-depth analysis of the entire project has already been initiated with a view to re-tendering as soon as possible.”

BBT SE says significant differences in opinion emerged after the contract was signed in 2017.

However, in a statement released the day after the contract was terminated, Porr said the contract remained valid, with BBT SE still required to fulfil its commitments and cover the consortium’s costs.

“This unilateral termination of the contract is clearly illegal,” says Porr CEO, Mr Karl-Heinz Strauss. “The contract between consortium H51 and BBT SE is still valid, even in the event of a new contract being awarded.”

This was echoed by university professor Dr Andreas Kletečka, who provided Porr with a written legal opinion.

“In the event of an illegal termination, BBT would have to fulfil the contract with the consortium in any case and possibly also a second contract with a new contractor,” he wrote. “BBT would not only have to pay for the loss of profits, but also cover all costs for the ongoing availability of the entire consortium workforce and its technology. This in itself may cost almost as much as the original contract sum.”

There are differing explanations from BBT SE and Porr over what has caused the dispute, although it appears to centre around the tunnel lining due to be installed along the section.

BBT SE says after the contract was signed with ARGE H51, the consortium maintained that the lining thickness of 40cm was too thin, demanding either an increase in thickness or a reduction in loading design at the expense of BBT SE.

But Porr alleges that the design parameters set by BBT SE were unsafe.

“For at least two years now, the management board and supervisory board of BBT SE have known that they made a mistake in the tendering process that would threaten the safety of the tunnel,” Strauss says.

He asserts that if BBT SE took safety concerns seriously, the management and supervisory boards would have to admit that the parameters set in the tender for cost reasons would make the safe construction of the tunnel impossible if the applicable technical standards were upheld.

“But since it is obvious that what is not allowed cannot be the case, they now want to save themselves by illegally terminating the contract,” he says.

BBT SE says if ARGE H51 was of the opinion that a 40cm segment could not take the required load, it could have offered a stronger segment. However, Porr says it has always been ready to provide the requisite services and discuss any issues in addition to offering technologically sound solutions at no additional cost.

BBT SE says the contract was not terminated for technical reasons, but for ARGE H51’s refusal to provide the contracted services, as well as the loss of confidence in the consortium.

BBT SE says it gave ARGE H51 one last chance in September to continue with the contract, but a solution was not found.

“As the new board, we took over a difficult construction lot and spent almost a year trying to find a solution,” Cardola and Gradnitzer said. “A ‘billion-dollar contract’ is not easily cancelled, but we had no other choice, because even the solution proposed by ARGE H51 on October 5 2020 was not viable from a construction and legal point of view.

“The decision to dissolve the contract was not easy for us either. As a public client, we nevertheless felt compelled to make this decision in order to ensure the careful and legally compliant handling of public funds.”

Porr, which holds a stake in the consortium worth almost half of the contract value, said the move will result in an “inevitable” multi-year delay to the project, and increase the cost by “millions.”

The company says it will take every step necessary to protect its rights.

“The contract is valid,” Strauss says. “That’s why we won’t be taking the rap for failures of management and of supervision and why we insist that BBT take responsibility for the damages incurred.”

BBT SE says it will not publish any details about the various legal positions of the contractual partners, with the exception of the segment system, in order to protect ARGE H51 from damage to its reputation, and not in anticipation of the threatened legal process.

The 64km tunnel will run from Innsbruck, Austria to Fortezza, Italy. The project involves excavating two bores, each 8.1m wide, running 70m apart from one another. Construction began in 2011 and was due to be completed in 2028 at a cost of €8.7bn.