The contract will begin construction of Inland Rail in Victoria. 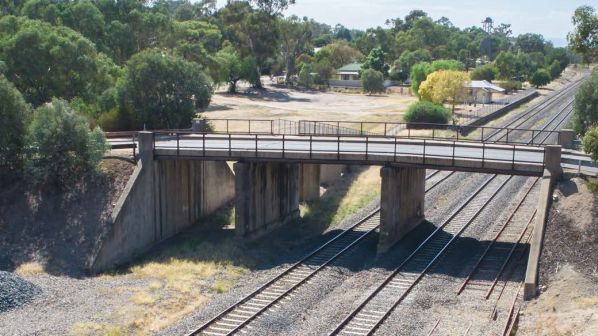 Beaconsfield Parade Bridge in Glenrowan will be modified to provide the clearances needed to operate double-stack container trains.

MCCONNEL Dowell has been awarded a contract by the Australian Rail Track Corporation (ARTC) to start construction work on the Inland Rail project in Victoria.

The $A 200m ($US 128.9m) contract involves upgrades to existing lineside infrastructure to provide the 7.1m of vertical clearance and 4.5m of horizontal clearance required to operate double-stack container trains. The contract covers structures including:

The contract also includes corridor-wide works including signalling, track slews and overhead utilities work. The project is expected to be completed in 2025.

“McConnell Dowell has already carried out initial design and preparatory works at four sites on the existing North East Rail Line to enable Inland Rail double-stack freight trains to run between Beveridge and Albury,” says ARTC Victoria and South Australia projects general manager, Mr Ed Walker. “Now they have been confirmed as the construction contractor for sites in the first tranche, they will get on with the job of building the designs they have been developing.”

Walker says Inland Rail selected McConnel Dowell on the basis of its experience of delivering major projects including railways, bridges and stations in Australia, New Zealand and elsewhere.

“The award of this construction contract follows all primary planning and environmental approvals for Inland Rail in Victoria being obtained at the end of September, which means we can get on with delivering the project,” Walker said.