Norway to study new railway to the Arctic Circle

A 2019 study found the line was not economically viable. 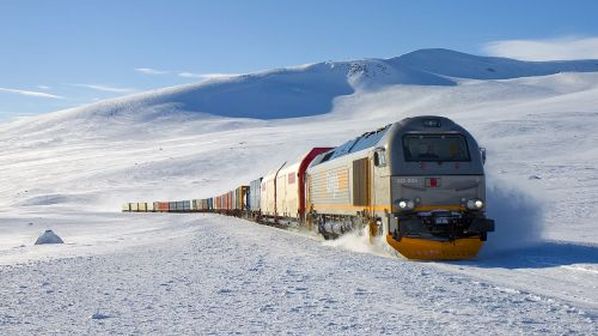 NORWAY’s Ministry of Transport and Communications has commissioned the Norwegian Railway Directorate to carry out a study into the construction of a new rail link to Tromsø in the Arctic Circle.

The directorate says it will start work immediately on the study with the aim of sending a report to the ministry by mid-2023.

The study will look at route options for an approximately 375km long line from Fauske on the existing Trondheim - Bodø line to Tromsø via Narvik with a possible 80km branch to Harstad.

Tromsø is the 12th largest city in Norway and the third largest in the Arctic Circle after Murmansk and Norilsk in Russia.

The last detailed study into the Fauske - Tromsø line was commissioned by Norwegian State Railways (NSB) in 1993. In 2019 the Norwegian Railway Directorate prepared a report based on previous studies but with updated information, which found the line was not economically viable.

The new study will be completely independent of all previous studies and will include cost and socio-economic analysis as well as considering the environmental impact.