TSO awarded $US 142.2m in contracts in Egypt, Mexico and Panama

NGE rail subsidiary TSO has been awarded three contracts worth $US 142.2m in Latin America and Africa. 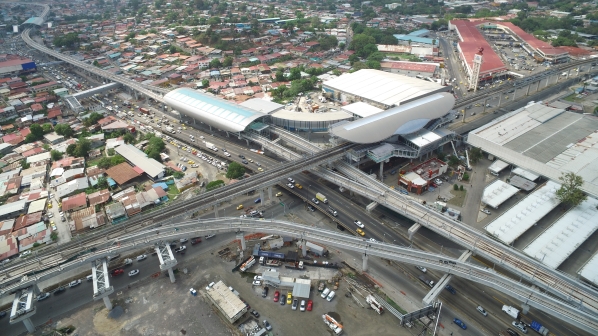 In Egypt, a consortium of China’s Avic International and China Railway Group was awarded a $US 1.24bn contract to build the 66km 10th of Ramadan Railway in August 2017. The consortium has now awarded a joint venture (JV) of TSO and Orascom Construction a $US 112.5m contract to construct the track for the light rail line, which will link Cairo with the country’s New Administrative Capital (NAC) city and 10th of Ramadan City.

TSO and Orascom Construction will build 66km of double track, 10km of single track in the depot and 11 stations. The JV will be responsible for the design, supply chain management and construction, which is expected to take one year.

The Mexico City Department of Transportation has awarded a consortium led by TSO, which includes Mexican construction companies Prodemex and Deterra, a contract to extend metro Line 12 from Mixcoac to an interchange with Line 1 at Observatorio. The two-and-a-half-year project includes laying 4.6km of double track and 20 points and crossovers, and building three stations and four buffers.

Metro De Panama (MPSA) has also awarded TSO and CIM a $US 9.7m contract to extend metro Line 2 to Tocumen International airport. TSO and CIM will supply materials and construct the 2.7km line, which will be electrified with rigid catenary.

The extension, which was approved in February, will also serve the Specialised Higher Technical Institute (ITSE) and will benefit more than 5000 students, 8000 airport employees and the thousands of tourists visiting Panama.