Trains now running from Reading in the west to Abbey Wood in the east. 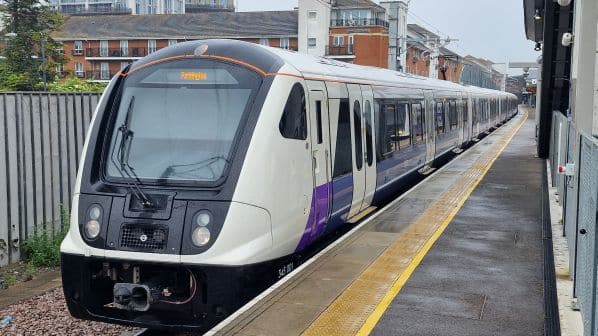 AFTER some months of operating as three separate routes with passengers having to change trains, London’s Elizabeth Line has now opened to through services running right across the British capital.

When the Elizabeth Line first opened on May 24, the service’s three routes were Paddington - Abbey Wood, Heathrow Airport/Reading - Paddington, and Liverpool Street - Shenfield.

On November 6 trains began running through the central tunnel section, from Reading or Heathrow Airport to Abbey Wood, and from Paddington to Shenfield.

The start of through train services required much overnight work to change platform signage featuring the former route diagram with three separate routes, as well as train destination displays. To brief customers on the route changes, staff have been handing out explanatory leaflets at many of the central London stations.

Where passengers need to change between the routes to Shenfield and Abbey Wood, on-train announcements recommend Whitechapel station as the best interchange, due to its platform layout and additional side passages between platforms.

Elizabeth Line services now operate seven days a week, after previously having been withdrawn on Sundays to allow testing to take place.

“This development is a huge moment for the capital’s connectivity, revolutionising the way we travel across London, allowing people to travel from Stratford in the east of London to Paddington in the west of London in just 19 minutes, and Ealing Broadway to Canary Wharf in just over 30 minutes,” said mayor of London, Mr Sadiq Khan.

Transport for London (TfL) says that over 60 million journeys have been made across the Elizabeth Line since May 24, and around half of those journeys were on the central section between Paddington and Abbey Wood. October 27 saw 297,000 journeys made on the central Section, the highest daily figure to date.

"Through our £9bn investment, it's great to have contributed to a line which in just five short months has shown itself to be a staple of London's transport network delivering over 60 million journeys and creating over 55,000 jobs," said secretary of state for transport, Mr Mark Harper.