NJ Transit have announced the purchase of an additional eight four-axle ALP-45A locomotives from Bombardier for a cost of $US 70.5m, with deliveries scheduled to begin in early 2022. 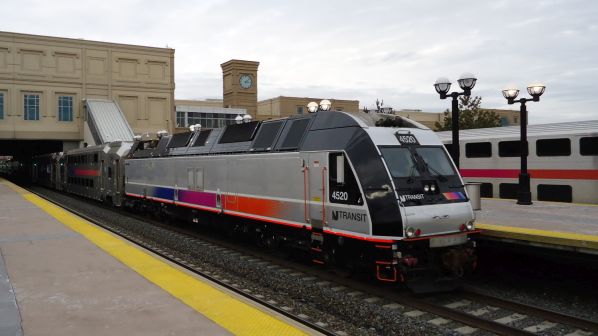 The purchase is an option from an order for 17 ALP-45A locomotives made in December 2017 and follows other fleet purchases by NJ Transit since 2018, which includes 113 Bombardier Multilevel III EMUs.

The dual-powered locomotives can operate both on 12.5Kv 24Hz and 25kV 60Hz electrification and are also equipped with diesel engines for operation on non-electrified lines. The locomotives are capable of speeds of up to 200km/h on electric power, and 160km/h using diesel.

The new fleet will replace NJ Transit’s older PL-42AC series diesel locomotives, manufactured between 2003-2006, and are expected to reduce nitrogen oxide emissions by around 52 tonnes per year.