The new route would be in addition to the Madrid - Barcelona service due to launch on June 23. 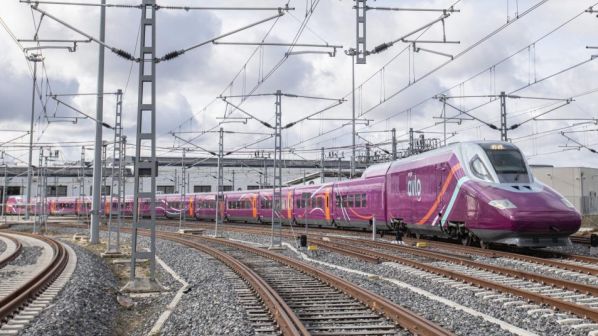 SPANISH national operator Renfe has announced that its new Avlo low-cost high-speed service, which is due to launch on the Madrid - Barcelona route on June 23, could be expanded to add a Madrid - Seville service from 2022.

Five class 112 Talgo AVE trains have been converted to the new Avlo specification. This includes 20% more seating with 438 seats per train and vending machines replacing the previous buffet bar service.

A demonstration service for the Spanish media operated between Madrid and Barcelona in late March. Renfe has already sold 200,000 Avlo tickets for the Madrid - Barcelona service with fares starting at €7.

On a visit to Seville, where the Avlo expansion announcement was made, Renfe president, Mr Isaiah Táboas, also confirmed that the operator will be involved in plans by the Andalusian regional government to develop a unified public transport tariffs and ticketing system.

Táboas announced that the company expects demand to bounce back following the pandemic with passenger numbers expected to reach 70% of 2019 levels by the end of 2021. Passenger ridership on Cercanías suburban services in major cities reached 50% of pre-pandemic in April, although demand for high-speed inter-city travel remains suppressed with Renfe only operating around 40% of the previous timetable.