SIEMENS has been awarded contract by Buenos Aires metro authority (Sbase) for the installation of Communications-Based Train Control (CBTC) on the 11km Line D of the Subte network. 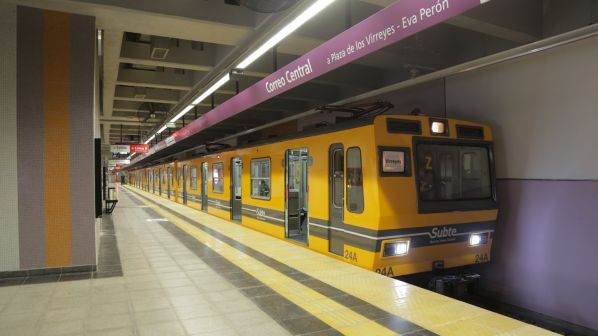 The project will include the installation of onboard units on 24 existing metro cars, along with a radio system, electronic couplings and wayside equipment, as well as a new passenger information system for the line.

Line D runs north from Plaza de Mayo in the city centre to Congreso de Tucuman and incorporates 16 stations. The CBTC upgrades are expected to significantly improve efficiency and reliability of operation on the line, and will reduce headways.

The CBRC contract is part of a broader programme of upgrades for the metro, which also includes the construction of a new control centre and a 39.3km network expansion which is planned to include three new lines (lines F, G and I). Siemens has already installed CBTC on Subte Lines C and H.

Bidding for a concession to operate the Subte is in its final stages, after the previous contract with operator Metrovías expired in 2019. However, a consortium led by Keolis withdrew from tendering in February, leaving incumbent operator Metrovías as the sole remaining bidder.