A tender to operate a Malmo - Brussels overnight service did not receive any bids. 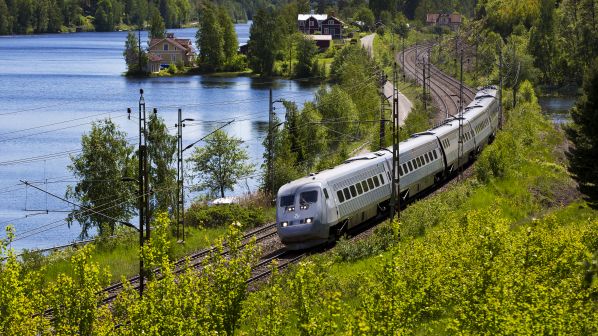 SJ will operate the service between Stockholm and Hamburg.
Photo Credit: SJ/Stefan Nilsson

The four-year contract, which is due to be signed on September 10 following a cooling-down period, will start from August 1 2022 with  a possible two-year extension, and covers the operation of the service for 244 days per year. Trafikverket initially invited seven operators to bid for the contract. Following the signing of the contract, SJ and Trafikverket will determine the start date for the service.

SJ will have overall responsibility for the operation of the Stockholm - Hamburg night train, including vehicle supply, ticket sales and marketing, and will cooperate with Danish State Railways (DSB) for train operation in Denmark and the Railroad Development Corporation (RDC) for staffing, coaches and train operation in Germany. The trains will have Swedish and German-speaking staff and there will be a basic catering service on board.

The service will be operated with seating, sleeping and couchette cars that meet continental European dimensions, as SJ’s Swedish coaches are too wide to operate along the international route. The sleeper cars were previously used for Austrian Federal Railways’ (ÖBB) Nightjet services, while the couchette cars were formally used by German Rail (DB).

The service will be operated under a direct award from Stockholm to the Danish-German border, and on a commercial basis in Germany. SJ head of procurement, Mr Dan Olofsson, told IRJ that they decided not to bid for the Malmö - Brussels service as the majority of it would be operated on a commercial basis, with only the short section from Malmö to the Danish-German border covered by the direct award.

“It is challenging to run a train through three countries with different rules and technical conditions,” Olofsson says. “The work on the tender has been characterised by creating good cooperation and finding efficient solutions for operting across national borders.”

The night trains will be advertised as SJ EuroNight. According to the preliminary timetable, the night train will depart Stockholm in the early evening and arrive in Hamburg between 06:00 and 07:00. The return journey will depart Hamburg after 21:00 and arrive in Stockholm around 10:00. SJ will work closely with other operators to create attractive connections for passengers travelling to and from Hamburg on the train.

“All the details about how we will run the night trains are not yet in place,” says Ms Maria Hofberg, who is responsible for international night trains for SJ. “For example, we are working to create the best possible connections to and from the night train.

“Interest in international rail travel is growing. At SJ, we want to be part of this development. Our plans include a more frequent and efficient service to and from Copenhagen when the high-speed trains from the continent reach Denmark.”