SNCF Network is overseeing a project to update infrastructure on the 409km LGV Sud Est high-speed line between Paris and Lyon. 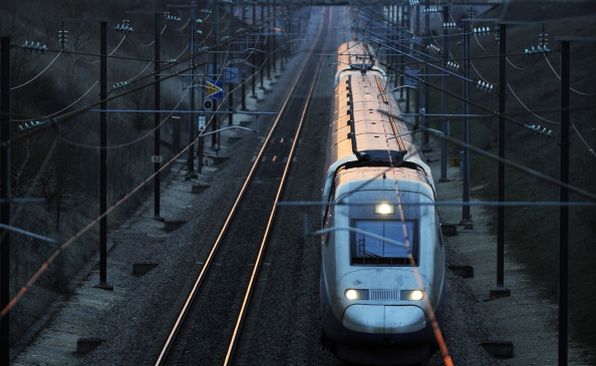 Colas Rail is currently relaying 40km of the lineusing P95 T, a new 93m-long train built by Matisa and developed alongside Colas Rail and SNCF, which can relay 250m of track per hour and can replace sleepers without cutting the rails. P95 T is one element of a 750m-long factory train which also renews the ballast.

The work is entirely carried out at night by 350 staff. The line reopens to traffic during the day with a limit of 120km/h on the re-laid section, down from the normal maximum speed of 300km/h.

Colas Rail secured a €160m contract from SNCF Network in 2018 to upgrade track on LGV Nord, LGV Atlantique, LGV Paris Sud-Est and LGV Méditerranée. Further 40km sections will be renewed each year through to 2023.

Work is also underway to equip the high-speed line with ETCS, which will replace the original TVM cab signalling system by 2025 and help to increase capacity from 13 to 16 trains per hour.

The ETCS project is valued at €700m of which €125m is funded by the European Union. SNCF Network is carrying out the work together with Alstom, Setec, Vinci, Hitachi Rail STS France, Eiffage and Systra.