Just when will British rail investment be confirmed?

Good things come to those who wait. After 2020, an exceptional year in many ways, the railway sector sees 2021 as a year in which many of the things we were hoping for may finally come to fruition. 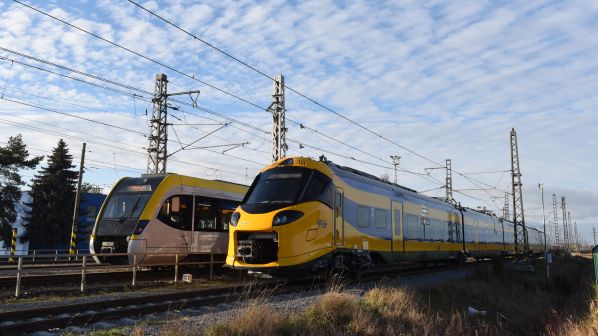 The sector has proven that railways are resilient - another pro-rail argument as we look past Covid-19. Photo: Quintus Vosman

THE key words for the future of transport are sustainable, smart, connected - and a new aspect has been introduced due to the Covid-19 crisis: resilience. Rail proved during the pandemic that it can be counted on. With the so-called “Green Lanes,” rail was used to keep the economy going. At ERA, we coordinated a collective response for rail throughout the pandemic, resulting in the publication of the Covid-19 Rail Protocol in collaboration with the European Centre for Disease Prevention and Control (ECDC).

In September 2020, we issued an information bulletin on ventilation in railway vehicles, and we continued to collaborate with the rail sector and National Safety Agencies (NSAs) to come up with a European response to this global problem. Covid-19 certainly has wreaked havoc in 2020, with many companies struggling to make ends meet as passengers shy away. And yet, the sector has proven that railways are resilient - another pro-rail argument as we look past Covid-19 and turn our attention back to another urgent priority of EU politics, the greening of our economy.

The Fourth Railway Package has been the single most important piece of railway legislation, as it is the blueprint for a single European market with one set of rules. It will reduce costs as companies will be able to operate with standardised products on a coherent network with a single set of technical rules. We can expect European standards to become the principal reference for the global railway community, too.

The Fourth Railway Package has been the single most important piece of railway legislation, as it is the blueprint for a single European market with one set of rules.

When the final group of EU member states transposed the Fourth Railway Package into national law on October 31 2020, the foundation for a much-needed reform was laid. In the coming decade, railway customers will reap the fruit of what was sown - with more competitive, interconnected, innovative rail products available in a common market.

In its new role as European authority, 2020 was a crucial year for ERA, as we phased in the operation for issuing vehicle authorisation, safety certification, and ERTMS trackside approval for the European market. Just to give an indication, by the end of 2020 ERA will have treated about 1300 vehicle authorisation cases, authorising about 15,000 vehicles for the European market.

Rail is the only transport mode without global rules. Fragmentation of the sector, technically and politically, has put rail on the periphery of political action. Stagnating over decades, with low market shares, rail was not considered sexy, nor essential. This is changing now, and what we are witnessing is nothing less than a historic change.

It is therefore most appropriate that the European Commission (EC) has declared 2021 the European Year of Rail, because not only have we laid a foundation for change with the Fourth Railway Package, but also, politically, railways have come out of their niche: a new generation of environmentally-conscious citizens have helped to bring rail back to the forefront of the political agenda, as railways are the most environmentally-friendly mode of mass transport.

Responding to this mega-trend, the EC issued what can only be called one of the most ambitious political agendas for transport ever conceived: the Sustainable and Smart Mobility Strategy. On its release in December 2020, Commission vice-president Mr Frans Timmermans said the strategy will initiate a change in the way we move goods and people in the EU, combining different modes of transport in a single journey. There are ambitious targets: all combined journeys under 500km should be carbon-neutral, high-speed rail traffic will double by 2030, and rail freight traffic will double by 2050.

To provide a tangible, concrete contribution towards the climate goals set by the EU Green Deal, ERA has published a report stipulating that rail, as the greenest mode of mass transport, with low impact on air quality, low external cost, and a long life expectancy of assets, can make a considerable contribution. Measures proposed include connecting all urban centres in Europe, and all major airports by a high quality rail service. The network of night trains should be further developed, and bottlenecks removed.

Use of big data will enhance rolling stock and infrastructure maintenance and coordinate the use of the European network across borders.

If we foster an industrial railway policy today and introduce new technologies to the European rail system at large, an efficient, competitive, and customer-friendly rail service throughout Europe will be the result. Efficient data management will improve traffic management and control, asset management, and optimise the use of energy. Use of big data will enhance rolling stock and infrastructure maintenance and coordinate the use of the European network across borders. Automation will be introduced to train operation and maintenance to reduce costs and improve safety. The list goes on and proves how tangible, and well within our reach, the renaissance of a modern, interconnected, seamless European rail network really is.

ERA will continue to lay the groundwork for the railways of the future. From our data and digitalisation strategy, through which we take a look at our own data collection in the various databases that we run, most of which have a major impact on rail operation in Europe. We will make sure our data is both safe and dynamic, so it can operate in an interconnected environment, and not in a silo. Secondly, we will lay the regulatory foundation for rail’s digitalised age, in which operations are connected across borders and with other modes of transport, while remaining safe.

We have completed the revolutionary Fourth Railway Package. Now, with the European Year of Rail in 2021 in view, and with the support of a new climate-conscious generation and favourable political conditions, we will take the next step towards the truly connected, efficient rail system that we all have been waiting for.