With transport emissions set to increase not fall under current policies, Kevin Smith argues that a new approach is needed to reverse this trend. 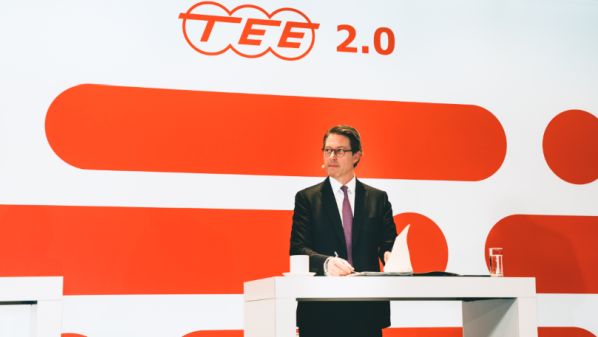 WHILE I was grateful to finally take my first long-distance rail journey since March 2020 to visit Hitachi and GWR in London last month, a welcome taste of normality, the recovery is happening slower than many had hoped.

The speed of vaccine rollouts varies widely. And with new Covid-19 variants continuing to cause concern, visits further afield for myself and many others are still a little way off.

Demand for travel will return. In fact, the Transport Outlook 2021 report released by the OECD's International Transport Forum’s (ITF) last month projects significant expansion over the next three decades: passenger transport will increase by 2.3 times and freight transport by 2.6 times, according to the ITF. Global population and economic growth will fuel this expansion, although this is slightly lower than the three-fold increase predicted in ITF’s previous report. Uncertainty over economic recovery and new decarbonisation commitments are the reasons for the roll back.

The climate crisis has not gone away. And encouragingly, government policies are increasingly geared towards limiting global warming to 1.5˚C by 2050, as outlined in the Paris Agreement. The ITF report considers specific policies to decarbonise transport, the second largest overall source of emissions. However, it concludes that these are insufficient to pivot passenger and freight transport onto a sustainable path.

“CO₂ emissions from transport will increase by 16% to 2050 even if today’s commitments to decarbonise transport are fully implemented,” the report says. “The expected emissions reductions from these policies will be more than offset by increased transport demand.”

It is not all doom and gloom. The report says more ambitious decarbonisation policies can deliver CO₂ reductions of 70% by 2050 compared with 2015. ITF calls for more and better-targeted actions to reduce unnecessary travel, shift transport activity to sustainable modes, improve energy efficiency, and rapidly scale up the use of electric vehicles and low-carbon fuels.

As the most sustainable mode, rail makes a compelling case to benefit. A 2019 report by the International Energy Agency found that for longer urban trips, using urban rail instead of private cars delivers a 91% lower final energy use per passenger-km. Similar reductions are evident in shifts from aviation to high-speed rail (93%); and from trucks to freight rail (72%).

“CO₂ emissions from transport will increase by 16% to 2050 even if today’s commitments to decarbonise transport are fully implemented.”

In Europe, as I report in this month’s IRJ Insights, the European Union’s (EU) Green Deal is the guiding light for current strategising and future policies. The Sustainable and Smart Mobility Strategy announced in December includes ambitious pledges to shift transport to more sustainable modes to reduce emissions, including high-speed rail; the EU wants to double current traffic by 2030 and treble it by 2050.

Cross-border traffic, which accounts for just 7% of the total in Europe, is a natural target for growth. As part of an action plan that it will release later this year, the European Commission (EC) is set to develop 15 pilot cross-border services that it hopes will provide a model for how a future network might overcome the current barriers to operation.

Momentum is also growing among member states to revive the Trans-European Express (TEE), a network of cross-border inter-city connections. Proposals for TEE 2.0 were announced in September and transport ministers from 20 countries joined Germany in signing an MoU last month to further develop the concept.

While the EC says it is cooperating with TEE, the fact that some proposals are “not palatable to its objectives” is a worrying sign. Rather than two competing visions that have the potential to conflict and cancel each other out, compromise and collaboration should define this process so a single operations model emerges.

An ability to see what’s best for Europe, and not just individual member states, is a strength of the EC and a reason that it should lead a process to grow cross-border traffic. This could prevent the adoption of models which protect state-owned incumbents at the expense of new entrants. Market competition, which Italy has shown, and Spain is now likely to demonstrate, is proven to boost overall traffic. But without the power to enforce measures that promote a greater good, the route ahead for the EC looks difficult.

Completion of the Trans-European Transport Network (TEN-T) is the centre-piece of the EU’s approach. Yet this appears a monumental undertaking. The remaining cost of equipping the core network with ETCS by 2030 is estimated at €8.8bn alone for ETCS equipment or €27-41bn if required infrastructure investments are considered, a staggering amount. This appears unobtainable and requires a rethink.

Europe’s Covid Recovery and Resilience Facility is touted as a key tool to support funding of sustainable transport projects, including ETCS, and some rail projects are already benefitting. Similar policies are also planned around the world - the G20 pledged $US 12.7 trillion towards post Covid stimulus up to December 2020. Yet the ITF says most stimulus funds will support fossil-fuelled based activities.

As Mr Alberto Mazzola, executive director of the Community of European Railways and Infrastructure Companies (CER) points out, rail has received comparatively less government support during the crisis than other modes, notably aviation.

Rather than back rail, governments are on course to help other modes catch-up. But this won’t improve the overall climate situation. As the ITF states, public funding is crucial for the financial sustainability of transport after the Covid crisis and will remain so for some time. “It is vitally important that governments refine their plans for economic recovery to enable this future.”

The Covid-19 crisis is an opportunity for a reset. But a new approach is needed, and fast, if public transport is to decarbonise at the rate required.