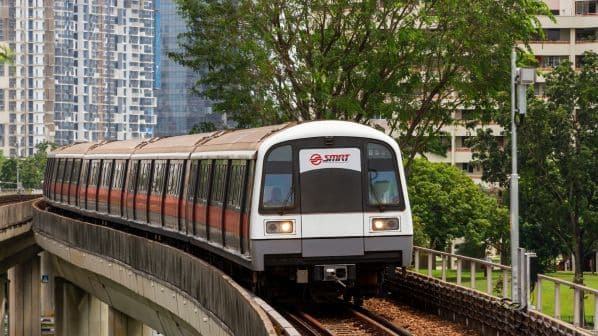 Singapore metro operator SMRT is using predictive maintenance to achieve 1 million km before failures on its rolling stock and infrastructure.

PREDICTIVE maintenance remains the holy grail for railway asset management. It has been talked about for as long as we care to remember - certainly beyond my 13 years reporting on this industry - with various systems seemingly coming and going, improved and enhanced, and many railways gradually dipping their toe into the water but not quite taking the full plunge.

A visit to Singapore for the recent SITCE conference and exhibition revealed the strategy of one of the city’s metro operators, SMRT, which is embracing predictive maintenance to achieve 1 million km before failure for components on its rolling stock and infrastructure. It has ambitions to eventually reach 2.5 million km as it evolves from predictive maintenance to a complete digital asset management strategy, which aims to maximise the value of assets over their complete lifecycle. These are totals beyond the realms of possibility for other metro operators elsewhere in the world where often components are replaced after just a few hundred thousand kilometres.

Digitalisation is central to SMRT’s strategy. It is aiming to become a digital transformer and a data-driven organisation, which will enhance not just asset management, but also station operations and network control activities. Deployment of the latest technologies including advances in Artificial Intelligence (AI), digital twins and automation, will facilitate this transition.

SMRT explained that with nightly maintenance intervals of just 4h 30min, it is essential to maximise the time available for more pressing tasks that will help to maintain high levels of overall network availability. The construction of a new railway test facility by the Land Transport Authority (LTA) in the west of Singapore is also intended to take track testing of new trains as well as other research activities away from the network, freeing up capacity for other activities.

There has been a noticeable increase in efforts to present the sector as an attractive and prosperous place to work in recent years.

The strategy is also expected to address an impending skills shortage in the industry. Understanding exactly when a maintenance intervention is required can optimise the allocation of human resources, reducing the overall need for the most skilled technicians who are increasingly hard to come by.

Rail’s skills and recruitment challenge is not a new phenomenon. But the need to address it is now more pressing than ever. Ms Isabel Dedring, global transport lead for Arup and a former deputy mayor for transport in London, told a side event organised during SITCE that decarbonisation is prompting a rethink in how transport is used, with a greater emphasis on rail to carry more of the load.

Dedring said that this phenomenon along with cost pressures and the need for greater equality means that the sector is “teetering on the brink of change” and that the current transformation in business models is the largest it has witnessed in 50, perhaps 100 years.

Yet she questioned whether the sector is ready to embrace this challenge. In particular, if the pace of innovation - as demonstrated at InnoTrans - is at the level the industry requires. She said the sector must “reach beyond its borders” and embrace integration with other industries - including the energy sector which like rail is pursuing hydrogen and battery technologies - to leverage their greater scale and form new innovation partnerships that focus on attention to detail. “To drive change, you need to get into the detail,” she said.

Dedring added that such partnerships could prove critical in securing the high level of skills the sector needs.

SMRT’s approach is certainly noteworthy. The company’s strategy is to work on innovation in-house, partnering with suppliers and research institutes where there is a gap in its knowledge or capability.
It can do this due to the expertise of its staff. The engineers I met had a diverse range of experience and were attracted to join the rail sector from industries such as aerospace and computer science. They said they were drawn to SMRT by the challenge of making a difference to what they see as a key industry in the region.

The need to improve rail’s image is not lost on railways. There has been a noticeable increase in efforts to present the sector as an attractive and prosperous place to work in recent years. In Singapore, a campaign to personalise rail workers was apparent in posters in public areas across the city. There is also growing momentum behind boosting the diversity of the workforce. Several events at InnoTrans were held to highlight and support women working in rail. Next year’s European Railway Award includes a gender equality trailblazer category, with three women and two initiatives nominated.

IRJ is supporting these efforts by providing a platform for the industry’s best and brightest to describe their experiences. In the June issue we ran our first Women in Rail Awards, highlighting the achievements of 12 women working across the industry. In this issue we have broadened the scope to 10 upcoming industry leaders under the age of 40.

Our editorial team spoke with all 10 of the winners and we found that often rail was not their first choice of career. Many recall their pleasant surprise at the variety and complexity of the challenges they have faced, and they praise their respective employers for opening up opportunities for advancement that they perhaps did not foresee.

Many of our winners speak of their role in mentoring the next generation, replicating the support they received from their peers as they entered the industry. This exercise shows that rail’s best champions are the people doing the job every day. Our conversations were inspiring. And by sharing these insights with prospective recruits, they might be motivated to give the industry a try, offering rail an advantage in the global race for talent, and giving it a fighting chance to succeed in the coming years.