LOCAL transport authority Auckland Transport (AT) has begun a second round of consultation into the creation of a new franchise to operate commuter rail services in the city. 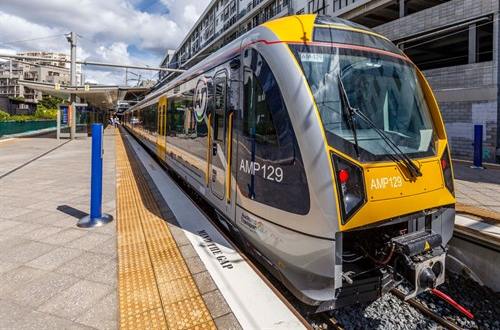 AT says the franchise is expected to be tendered in early 2020 and will come into effect in 2021. The authority first initiated an industry consultation in early 2019, and has launched a request for information (RFI) to re-engage with the market to present and seek feedback on AT's preferred operating model and the commercial framework that will underpin the future operating franchise.

Part two describes AT’s preferred operating model, the commercial framework and high level terms that will underpin the future franchise, and includes questions for which AT is seeking information and feedback. Part Two will be released to qualifying participants through AT’s electronic data room.

Following the RFI process, AT plans to release an expression of interest in late January 2020 and a request for proposal to shortlisted respondents in May 2020.

Auckland currently has a population of 1.7 million, served by a 94.3-km rail network with 195 track-km. The network has 42 stations, with services operated by 57 three-car EMUs, with 15 more on order. The network currently carries 20 million passengers a year, growing at 9% per annum.