THE states of Berlin and Brandenburg have agreed to form a vehicle pool for the acquisition and ownership of new rolling stock for the Berlin S-Bahn network. 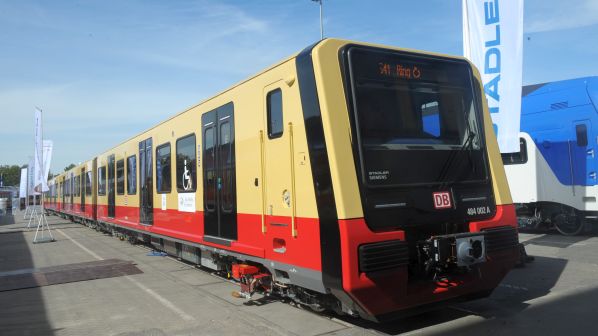 At a meeting on November 6, the two states agreed to establish the pool as part of their preparations for the competitive tendering of the North-South and Stadtbahn sub-networks, which are currently operated by DB Regio subsidiary S-Bahn Berlin.

A briefing document on the tenders for the two networks has been drawn up by Berlin’s Department for the Environment, Transport and Climate Protection and approved by the senate.

Prior information on the tender will be published in the Official Journal of the European Union in the coming days and the procurement process will begin in November 2019.

“We need to improve and expand Berlin's suburban rail services, because an efficient suburban rail system is indispensable for the growing metropolis of Berlin,” says Mrs Regine Günther, Berlin senator for the environment, transport and climate. “The new procurement concept for two thirds of the entire network will ensure effective, fair competition for manufacturers and operators, which will increase quality and reduce costs. Berlin and Brandenburg need reliable, modern and well-equipped vehicles to make green public transport attractive to more and more people.”

According to the senate, the primary aim of the procurement is to achieve the highest quality and lowest price through a competitive process that is attractive to multiple operators. To provide a foundation for this, state funding will be used to gradually build up a new fleet of state-owned S-Bahn trains.

In December 2015, S-Bahn Berlin awarded a consortium of Stadler Pankow and Siemens a framework contract to supply up to 1380 vehicles, with the initial order for 106 trains comprising 85 four-car class 484 and 21 two-car class 483 sets. The first four-car set was displayed at the InnoTrans exhibition in Berlin in September.