FLORIDA’s Miami-Dade County board of county commissioners has agreed to continue talks with Brightline over a new commuter rail service along the Brightline/Florida East Coast Railway (FECR) corridor. 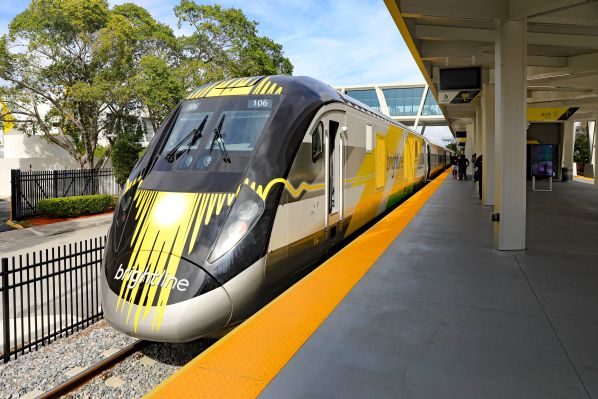 Prior to the Covid-19 pandemic, Brightline was operating inter-city passenger services serving stations in Miami, Fort Lauderdale and West Palm Beach. The company is currently building an extension to Orlando, which includes Aventura station and another station in Boca Raton.

The board of county commissioners adopted a resolution on November 13 “directing the county mayor or county mayor’s designee to finalise negotiations with Brightline Trains Florida (Brightline) for the implementation of commuter rail service for the Northeast Corridor portion of the Strategic Miami Area Rail Transit (SMART) Plan.”

Based on independent economic studies, the commuter service is expected to generate $US 5bn in economic impact over the first 10 years, according to Brightline.

In June, the board approved a Memorandum of Understanding (MOU) between the county and Brightline, “providing the framework for negotiations for agreements for the implementation of commuter rail service,” and directing the mayor to negotiate agreements with Brightline and public and private interested parties along the Northeast Corridor section for contributions of land and funding toward capital, operating and maintenance expenses of the train stations and parking facilities.

As IRJ’s sister publication Railway Age reported at the time, the county planned to negotiate with Brightline to operate commuter trains within its borders under a public-private partnership (PPP). The resolution did not specify that Brightline would run the service, but called only for negotiations toward that result.

At the November 13 meeting, the board and Brightline addressed a fee agreement for access to the FECR main line. Brightline called for an initial $US 50m payment from the county, along with a $US 12m annual fee for the first 30 years of the 90-year agreement, with the board directing Levine Cava to negotiate a fee that does not exceed this amount.

Again, no decision has been made on who will operate the new commuter service - Brightline or South Florida Regional Transportation Authority (SFRTA), which runs Tri-Rail.

The 114.2km Tri-Rail commuter rail service operates between Palm Beach, Broward and Miami-Dade counties on a right-of-way west of and parallel to the FECR main line. The service runs to Hialeah, with passengers changing to Miami-Dade Transit’s elevated Metrorail line to reach central Miami.