CONSTRUCTION on Virgin Trains USA’s Southern California - Las Vegas high-speed line could begin in the middle of next year, with operation due to begin at the end of 2023. 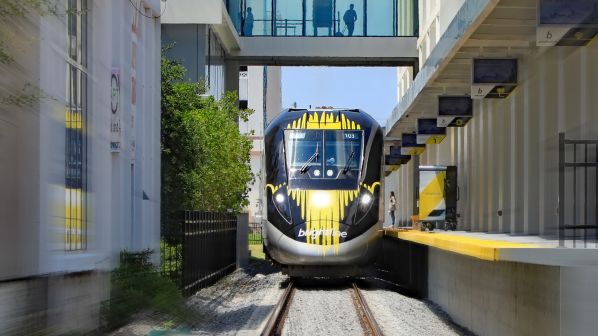 The approximately 270km line will have a maximum speed of 290km/h, Mr Bob O’Malley, Virgin Trains’ vice-president of corporate development, told the Clark County Commission earlier this week, and will run from a station on Las Vegas Boulevard, between Warm Springs and Blue Diamond roads, to Victorville, about 137km northeast of Los Angeles. Future plans would see the line extended to Union Station in central Los Angeles.

Services will operate at a frequency up to 45 minutes.

Las Vegas Review-Journal reports Virgin Trains is seeking the backing of the Clark County Commission before going in front of the Nevada Department of Business and Industry next month.

Virgin Trains USA confirmed in September 2018 that it had acquired XpressWest, which has rights to develop the line, and announced in August it was seeking approval from the states of California and Nevada to raise as much as $US 3.6bn in tax-exempt bonds for the high-speed line.

Virgin Trains USA currently operates a passenger services between Miami and West Palm Beach in Florida, with an extension to Orlando under construction. A major aspect of Virgin Trains USA’s business plan involves developing retail and office space around the station, and the company plans to emulate this in Las Vegas.

A detailed review of high-speed projects around the world from IRJ Pro will appear in the November issue of IRJ.