Eurostar withdraws services and stops to focus on core routes

The operator will no longer run services to Disneyland Paris. 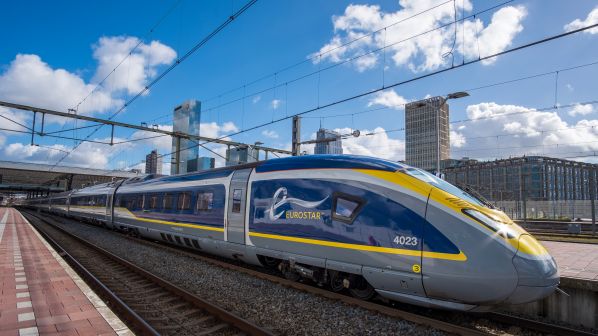 EUROSTAR has announced that it will no longer run services to Disneyland Paris or stop at Ebbsfleet or Ashford International stations in Britain in 2023 as the cross-border operator focuses on core routes.

Eurostar said it couldn’t commit to reinstating services to Ebbsfleet or Ashford until at least 2025. Services to Disneyland will be withdrawn from June 6 2023, but Eurostar will review this decision in 2024.

The company says that “in an uncertain and fragile environment it needs to focus on its most profitable core markets between London and Lille, Paris, Brussels and Amsterdam in order to meet its financial commitments and stabilise operation.”

Eurostar also stated that the more complex post-Brexit border control requirements are expected to add further levels of complexity. The Schengen Area Entry/Exit System (EES) is due to be in place by May 2023 and the European Travel Information and Authorisation System (ETIAS) visa waiver scheme will enter force in November 2023.

“Significant investment has been made over the last 25 years in infrastructure at Ashford International station to ensure international services are able to operate to support business and leisure travel to Europe, so it is imperative that the benefits of this investment are realised through services being returned to support the economy of Kent and Britain,” says Ashford Borough Council leader, Mr Gerry Clarkson.

Ms Gwendoline Cazenave, previously an executive at SNCF, was announced as the new CEO of Eurostar Group on August 22, beginning on October 1.