FOLLOWING the election of long-time passenger rail advocate, Mr Joe Biden, as president elect of the United States, the United States High Speed Rail Association (USHSR) has published a five-point plan to encourage the development of high-speed networks across the country. 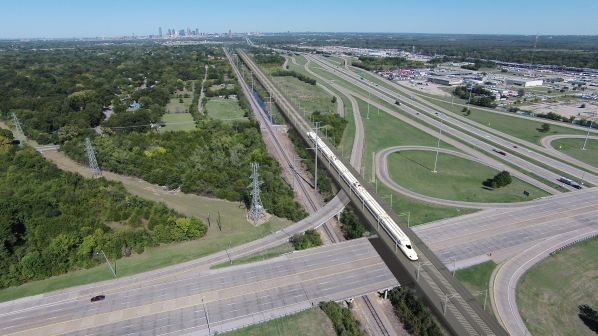 Biden often uses Amtrak services and the plan looks to build on his campaign promise to “spark the second great railroad revolution” in the US.

1 Create a new High-Speed Rail Development Authority within the US Department of Transport (USDOT) to direct and coordinate the national programme, working closely with the states. The authority would be tasked with initiating new high-speed rail projects, conducting route studies, filing for permits, assembling land, hiring contractors and consultants, and hiring concessionaires to operate the trains. This includes streamlining the approvals process by allowing simultaneous approvals, shortened timelines, and single agency approvals.

2 Identify and designate the nation’s top five high-speed rail priority projects as “special projects of national significance.” These projects would be fast-tracked to completion with the full support of the federal government.

5 Work with the airlines and airports to replace short-haul flights with high-speed rail and extend high-speed lines to major airports. Encourage partnerships with airlines on combined tickets for trips with part of the journey on a train and part on an aeroplane. USHSR says this would begin to reshape the US domestic travel market, making travel easier, faster, and greener while also benefiting the airlines and airports who could better utilise their facilities for longer-distance flights.

“We look forward to working closely with the new Biden-Harris administration on rolling out a national high-speed rail network,” says USHSR president, Mr Andy Kunz. “For decades Joe Biden has proven to be one of rail’s great leaders. We’re ready to work with him, congress, governors, and the American people to get many new systems built across this great nation so everyone can ride them.”

For detailed data on high-speed projects in the United States and across the world, subscribe to IRJ Pro.