THE French Ministry of the Environment, Energy, and the Sea confirmed on May 25 that the Council of State of has approved a draft decree granting public utility status for the €8.3bn Grand Southwestern Railway Project (GPSO), which will extend TGV Sud-Europ Atlantique from Bordeaux to Toulouse with a branch to Dax. 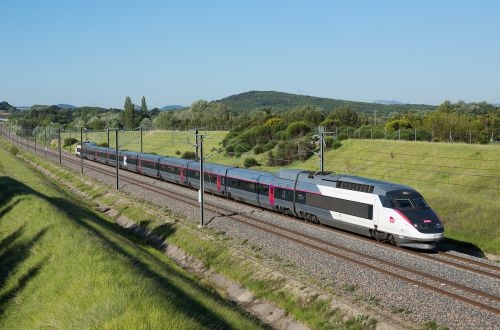 "This is an important step forward, paving the way for the signing and publication of the declaration of public utility, which will take place by June 8," says secretary of state for transport Mr Alain Vidalies.

The government endorsed the implementation of GPSO in September 2015 even though a public inquiry, which was completed in March 2015, identified "deficiencies and weaknesses" in economic, financial, and environmental aspects of the project. An independent study carried out by the Swiss Federal Institute of Technology in Lausanne in 2014 (PDF link) concluded that the project is technically and economically viable.

The Bordeaux – Toulouse high-speed line is expected to open in 2024 and will build on the journey time improvements that will be achieved with the opening of TGV SEA between Tours and Bordeaux in 2017, reducing the Paris – Toulouse trip to 3h 10min. The line will have two intermediate stations which will be located near Agen and Montauban.

The Bordeaux – Dax line is due to be completed by 2027, reducing the Paris – Bayonne journey time to 3h 25min.

A second phase will extend the high-speed line beyond Dax to Hendaye on the Spanish border by 2032. The total length of both phases will be around 420km, including links to the conventional network.

Welcoming the Council of State's decision, Aquitaine regional president Mr Alain Rousset described GPSO as "an investment for a century" and called on the government to secure the necessary resources to implement the project. The French government has not yet disclosed how it intends to finance GPSO.