Montezemolo steps down as NTV president

NTV, Italy's open-access high-speed operator, has announced that its founding president, Mr Luca di Montezemolo, has decided to step down. He is being replaced by Dr Antonello Perricone who joins NTV from the publishing world. 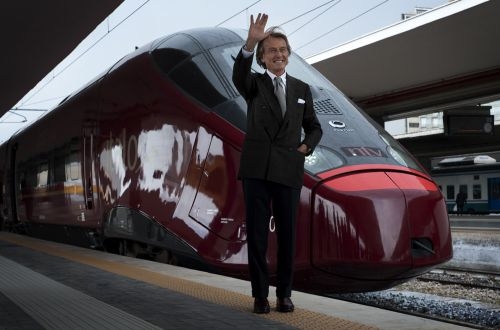 Luca de Montezemolo at the launch of NTV.

At the same time, Mr Vincenzo Cannatelli ceases to be vice-president although he remains a board member.

Montezemolo says he wants to avoid "an excessive personalisation of NTV" and that he needs to devote more time to his other interests. Montezemolo, along with Mr Diego Della Valle, Mr Gianni Punzo, and NTV's managing director, Mr Giuseppe Sciarrone, were the founding fathers of NTV when it was set up in 2006, and the first three own a third of the shares in the company.

Due to his reputation in Italy and strong personality, Montezemolo played a pivotal role in steering the new operator through the many political hurdles strewn in its way during the start-up phase. But now that NTV is firmly established as a high-speed operator, he probably feels his work is done.