THE construction of two high-speed lines in the south of Morocco will cost a combined Dirhams 90bn ($US 10bn), the minister of equipment, transport and logistics, Mr Abdelkader Amara, says. 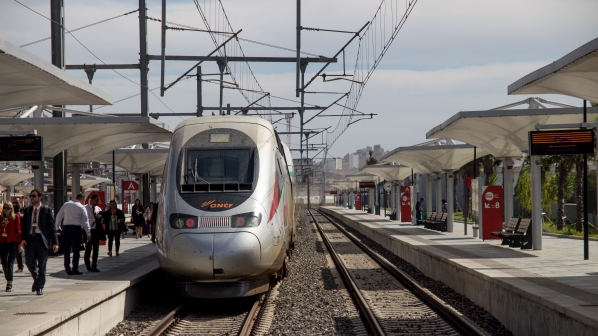 The proposed Kenitra - Marrakech line is expected to cost Dirhams 40bn, while the proposed Marrakesh - Agadir line would cost around Dirhams 50bn.

Amara says progress to develop detailed technical studies for the two lines is progressing, with work on the Marrakesh - Agadir line further along.

During the annual meeting of the National Bureau of Railways on December 23, Mr Muhammad Rabih Al-Khulaie, director general of the bureau, said passenger numbers had increased 11% year-on-year between January 1 and March 20 prior to the Covid-19 pandemic, while Al-Buraq passenger numbers increased by 28% over the same period.

However, while some services were suspended during the height of the pandemic, turnover dropped by only 30% year-on-year for 2020 due to measures introduced to allow freight to continue to be carried across the network as well as cost saving initiatives introduced across the railway.

The 2021 budget, approved during the meeting, anticipates Dirhams 3.1bn in turnover next year, and allocates Dirhams 2.7bn in investment.