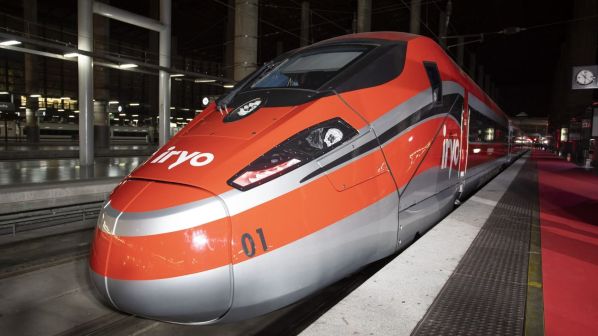 SPAIN’s latest new entrant high-speed operator, Ilsa, has begun technical trials on the Madrid - Barcelona route with an ETR 400 train, one of the fleet of 20 being supplied by Hitachi Rail.

This is the last stage in the process to obtain approval for the ETR 400 to operate on the Spanish high-speed network.

Once this process is completed, Ilsa is planning to start operation between Madrid and Barcelona under the Iryo brand by the end of 2022, with tickets set to go on sale between September and October.

As well as Madrid - Barcelona, the first phase of Ilsa operations will include services from the Spanish capital to Valencia, Alicante, Córdoba, Seville and Málaga.

Ilsa has recruited an initial cadre of 30 drivers, who completed their training in July. The programme began in January and included familiarisation with the ETR 400, designated series 109 in Spain, as well as training on ETCS and the LZB signalling system.

Training was undertaken by freight operator Captrain, which is also responsible for the trials to obtain approval for the ETR 400 to operate in Spain.

Trenitalia already operates the ETR 400 as the Frecciarossa 1000, and is the owner of Ilsa together with airline Air Nostrum.

“Completing the training of our first generation of train drivers is a major milestone and one step further towards the start of operations in November,” says Ilsa operations director, Mr Amato de Roma.