AN order for 15 additional TGV Euroduplex Océane sets was approved by the board of French National Railways (SNCF) passenger subsidiary SNCF Mobility at a meeting in Paris on February 23. 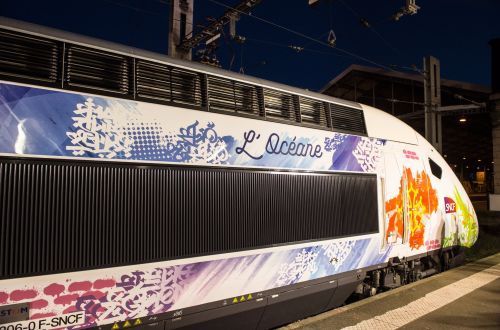 The trains, which are being ordered as part of a plan to save Alstom’s Belfort plant from closure, will be delivered in 2019-2020 for use on Paris - Bordeaux services, taking the TGV Océane fleet to 40 sets.

SNCF and Alstom are also in talks regarding the procurement of six TGVs for Paris - Milan services and SNCF Network is expected to approve an order within the next few weeks for 20 rescue locomotives, which will be built at Belfort.

Notification of an order for 30 new trains for the so-called Balance of Territory (TET) network of loss-making inter-city services will be given by March 10, following the signing of an agreement between SNCF and the state on the provision of TET services.

In addition, SNCF locomotive leasing subsidiary Akiem is planning to award Alstom a contract before March 15 to maintain 23 locomotives at the Belfort site.

Since October 2016 Alstom has invested €1m in a new maintenance building at Belfort and the company signed a financing agreement with SNCF Network earlier this month for the electrification of the site’s test track.

The upgrading of the site is part of Alstom’s plan to create a European locomotive maintenance centre in Belfort.