City government approves extension to Pankow and in eastern Berlin. 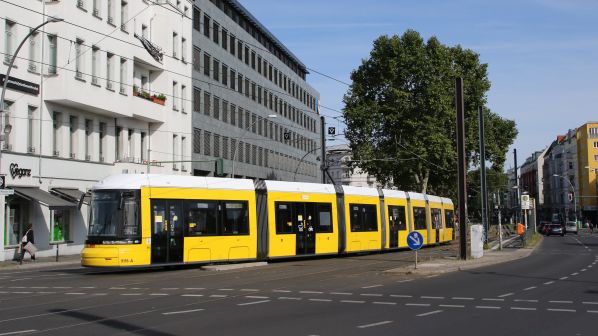 PLANS for a 5km extension of the Berlin tram network in the city’s northeastern suburbs, from Weissensee via Heinersdorf to the S-Bahn/U-Bahn station at Berlin Pankow, were approved in principle by the Berlin city government in mid-April.

The new radial line will provide better connectivity to the south and east avoiding the need to travel to central Berlin. The Pankow district is forecast to see the greatest population growth of any part of Berlin up to 2030. The line will replace the heavily used X54 bus route.

Detailed planning will now begin for the extension, which is expected to open in 2028 at a cost of around €75.5m.

The government has also approved a 2.9km, five-stop extension of the network in eastern Berlin from Warschauer Strasse to the U-Bahn station at Hermannplatz (served by lines U7 and U8) in mid-April. The line will cross the famous Oberbaumbrücke on its road deck and proceed across the Görlitzer Park.

The city government is planning large-scale expansion of the tram network in the next decade with up to 15 new sections of route planned. Berlin Transport (BVG) ordered a further 117 Flexity Berlin LRVs in December 2020 both to replace older LRVs and also to operate services on the expanded network.