WHAT is claimed to be the first LRV driver training simulator in South America is now operational for the Porto Maravilha light rail project in Rio de Janeiro. 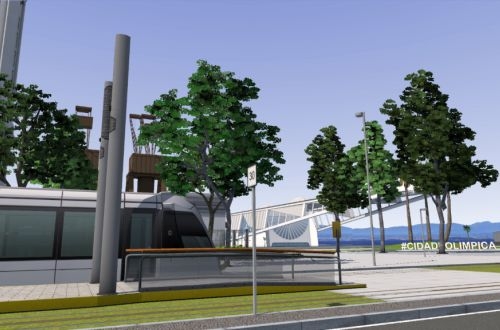 The simulator has been supplied by Railway Technology Research Centre (Citef), Spain, and comprises two training platforms, an instructor console and an observer console. The software simulates a 13km section of the 28km light rail network which is due to be completed in time for the opening of the Olympic Games in Rio in August. The system simulates LRV operation in normal and degraded mode, as well as breakdowns and emergencies, and includes both light rail and road traffic signals, and pedestrian movements.

Alstom is building a batch of 27 44m-long low-floor Citadis LRVs at its plant in Taubaté in São Paulo state as part of an order for 32 LRVs placed in September 2013 by the VLT Carioca consortium, which is building the network.

LRVs will operate at intervals of between three and 15 minutes 24 hours a day, and the network is expected to carry up to 300,000 passengers a day. Trial runs with passengers on the city centre section of the network began in November.