THE government of the Australian Capital Territory (ACT) has announced that the option for an extension to the Capital Metro light rail network from Canberra city centre to the suburb of Russell will be included in the upcoming request for proposals for the first stage of the project. 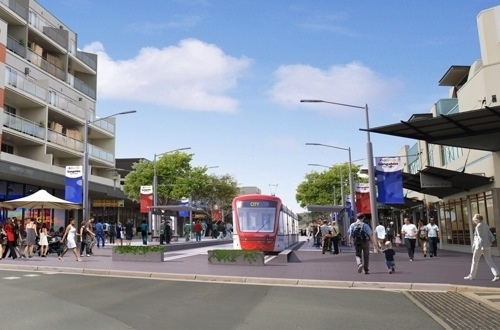 "The ACT government will ask consortia to include the extension as an option in their proposals following strong support from the ACT community and the local business industry," says ACT minister for Capital Metro Mr Simon Corbell. "A decision on the extension's viability can then be made based on detailed commercial costings."

Including the extension in the initial phase is expected to boost ridership by more than 30%, equivalent to an extra 5600 journeys per day.

The 3.2km extension would provide four additional stops that would link the city with the defence facility at Russell, which employs around 8000 people.

The extension from Alinga Street to Russell would run via London Circuit and Constitution Avenue, where road upgrading work currently underway is designed to be "light rail-ready."

The ACT government has committed to a 12km City-Gungahlin light rail line as the first stage of an integrated public transport network that will ultimately serve all areas of the city.

A Light Rail Master Plan is currently being developed to look at future stages of the light rail network and how this will be integrated with other modes.