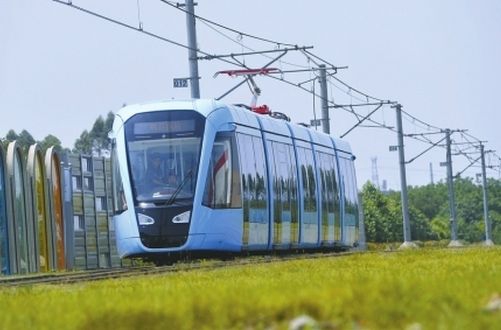 The bidirectional Citadis X02 vehicles are being built in China with support from Alstom under a deal signed at the end of 2015.

Each five-section vehicle will accommodate up to 380 passengers.

The initial 27.7km, 33-station section of Line 2 from Chengdu West railway station to Pixian via Xinje Road is due to open in mid-2018.

In addition to the vehicles for Chengdu, a joint venture of Alstom and Shanghai Rail Traffic Equipment Development Company (Satco) is supplying 30 Citadis LRVs for the two-line Songjiang tram network in Shanghai, which is due to open at the end of this year.