KARLSRUHE Transport Authority (VBK) has taken delivery of the first of 25 City Link low-floor tram-trains from Vossloh, which are being supplied under a €75m contract signed in October 2011. 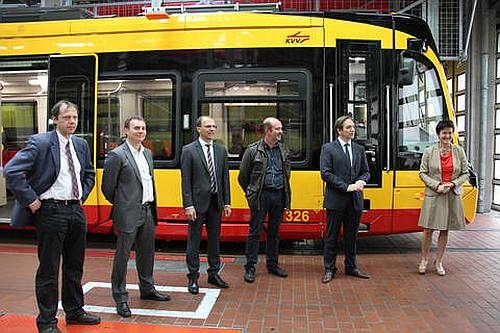 VBK and Vossloh say they aim to complete certification of the tram-trains in accordance with German Federal Regulations on the Construction and Operation of Light Rail Systems (BOStrab) by August, enabling the first seven vehicles to enter service on the tram network in Karlsruhe in September.

Following approval for use on the mainline network by the German Federal Railway Authority (EBA), the tram-trains are expected to enter service with Alb Valley Transport Company (AVG) on lines S1 (Hochstetten – Bad Herrenalb) and S11 (Hochstetten – Ittersbach) from the end of the year.