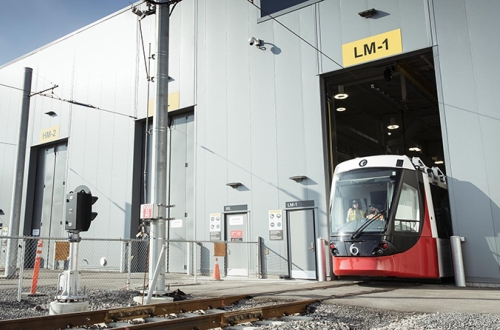 Alstom had previously received an order for 34 Citadis Spirit LRVs from a subcontract agreement in 2013. Alstom will maintain the vehicles for a period of 30 years.

The order comes after the mayor of Ottawa, Mr Jim Watson, unveiled plans to extend the Confederation Line and expand Stage 2 of the O-Train LRTproject.

Currently, Alstom employs 120 people at the Belfast Yard Maintenance and Storage Facility (MSF) in Ottawa, where the vehicles are being assembled and tested. The first Citadis Spirit vehicle achieved commercial operating speed during dynamic tests on the Confederation Line alignment in March 2017.

For data on LRV orders from around the globe, subscribe to IRJ Pro.