BADEN-Württemberg transport minister Mr Winfried Hermann signed three contracts with Abellio and Go-Ahead on July 11 for the operation of the Stuttgart Network group of regional services from June 2019. 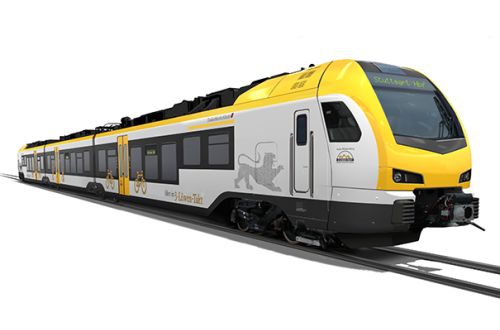 The state Ministry of Transport selected the two operators as preferred bidders last November, but the decision was challenged in the higher regional court in Karlsruhe by DB Regio, which had been disqualified from the tender after failing to meet minimum bidding criteria concerning subsidy requirements. Another bidder was excluded from the competition because of a "procedural error."

Ultimately the court ruled in favour of the state, allowing it to finalise contracts with the two preferred bidders.

The ministry says the seven offers it received for the contract were extremely competitive and the state will pay only around half (in real terms) of the €11.69 per train-km it pays to DB Regio under the current contract, which was agreed in 2003.

The three contracts run until 2032 and cover the operation of a total of 14.8 million train-km per year.

The largest of the three contracts, Lot 1a (Neckar network), has been awarded to Abellio and covers the operation of 6.8 train-km per year on three routes:
• Stuttgart - Mühlacker - Bruchsal/Pforzheim
• Stuttgart - Heilbronn - Mannheim/Osterburken, and
• Stuttgart - Plochingen - Tübingen

Abellio will operate these services using a new fleet of 43 Bombardier Talent 2 EMUs.