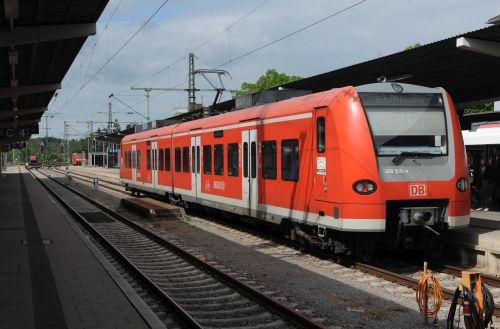 The largest of the three contracts is for Network 3A (Murrbahn), which covers the operation of services on the Stuttgart - Schwäbisch Hall - Hessental - Crailsheim - Nuremberg line for 10 years from December 2019. The contract calls for the operation of around 1.38 million train-km per year including 545,000 train-km per year in the neighbouring state of Bavaria, using a new fleet of electric trains.

NVBW allows two different financing models for the new trains. The first is the so-called classic model, whereby the winning bidder will arrange acquisition of the rolling stock itself. Under the second method, which is known as the Baden-Württemberg model, the winning bidder will order and take delivery of the trains, but will immediately sell them to the public transport authority, which in turn will make the fleet available to the operator.

The Network ZAB 2 (Zollern-Alb-Bahn) contract calls for the operation of around 345,000 train-km per year on the non-electrified Sigmaringen - Gammertingen - Hechingen line. The seven-year contract begins in December 2016 and the tender permits the use of exiting rolling stock.

The six-year Network 19 contract begins in December 2017 and covers the operation of around 350,000 train-km per year on the electrified Singen - Schaffhausen line.