The service is being launched by Sunweb Group and European Sleeper. 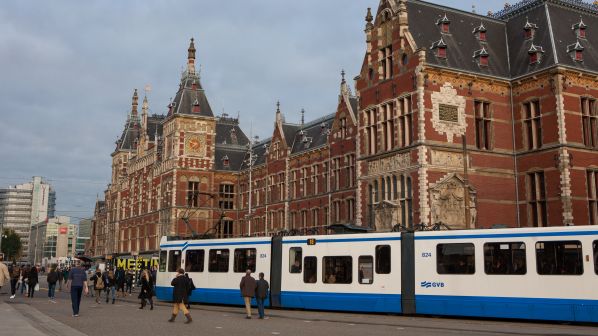 While the timetable for the service has not yet been determined, it could start from Amsterdam or elsewhere in the centre of the Netherlands.
Photo Credit: Birute Vijeikiene

DUTCH travel operator Sunweb Group and overnight train operator European Sleeper have announced plans to launch two new night trains from the Netherlands, with the first service to the French Alps due to launch in December followed by a service to the beaches of southern France in summer 2023.

The co-founder of Dutch start-up European Sleeper, Mr Chris Engelsman, told IRJ that Sunweb Group will be responsible for promoting the service and selling the tickets, while European Sleeper will oversee hiring of staff and the operation of the services. European Sleeper is not yet a certified operator itself and will subcontract train operation. Engelsman says discussions with operators and prospective lessors of rolling stock “are progressing well.”

The timetable has not yet been finalised, but Engelsman says the trains will likely depart from Amsterdam, stopping in Brussels and potentially in Lille, which would provide connections with Eurostar services.

Engelsman says European Sleeper has been in discussions with Sunweb for some time as the travel operator looks to shift its package holidays to more sustainable options such as rail.

He added that the challenges that have faced European Sleeper’s planned Brussels - Amsterdam - Berlin - Prague service, which was due to launch this summer but was postponed last month, are not expected to have an impact on the French services.

European Sleeper is planning on launching a new round of fundraising, offering additional shares in the company with an aim to raise €2m to begin the process of purchasing overnight rolling stock, which would be more economical than leasing.

This follows €500,000 in seed capital raised in May 2021 by selling shares to 350 small investors from various countries in Europe and beyond.