FRENCH secretary of state for transport Mr Alain Vidalies unveiled plans to revive the country's loss-making network of conventional long-distance services on July 7, pledging investment in rolling stock, enhanced services, and a new contract between the government and SNCF Mobility. 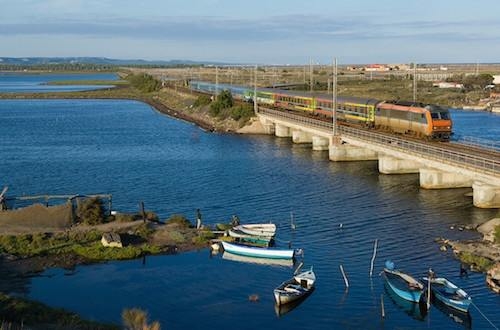 The French government signed an agreement in 2010 with French National Railways (SNCF) to revive the so-called balance of territory (TET) trains, a network of 40 loss-making long-distance services which serves 355 towns and cities across 21 regions, carrying around 100,000 passengers per day. However, over the last five years ridership has continued to fall, declining by nearly a fifth between 2011 and 2014, while operating losses increased to €330m last year, and without firm action, are forecast to reach €450m in 2016.

The government's latest rescue package comes in response to the findings of a report published on May 26 by the Duron commission, which was established last November to review the TET network and recommend measures for the revival of these services.

The strategy will be implemented on three levels. Firstly, the government plans to develop a new agreement with SNCF Mobility, which operates all TET services, and this will supersede the 2010 accord, which expires in December. The Duron report identified a failure to clearly allocate responsibilities between SNCF Mobility and the government and therefore under the new agreement the Ministry of Transport will effectively become a governing authority for TET, which will enable it to work more effectively with local stakeholders.

A TET advisory council will also be created to enable "high-level dialogue" between central and regional governments on the development of TET services. The council will be chaired by Vidalies and will include two regional presidents, two members of parliaments, and representatives of user groups.

The new agreement will cover the period from 2016 to 2020 and the government says the deal will "provide the flexibility to make changes to services during this period."
The second objective is to adapt TET services to modern mobility needs. The government has appointed Mr François Philizot to manage consultation with regions and other stakeholders on how the TET services can be adapted to meet the recommendations of the Duron report. This process will be completed by May and the feedback will be used by the government as a basis for negotiations with SNCF Mobility on the new operating agreement.

The consultation will also consider the need to establish a new model for overnight TET services, which have seen a 25% decline in passenger numbers since 2011. While some overnight TET services such as Luxembourg/Strasbourg – Nice/Cerbère will be rendered redundant in the near future by the expansion of the high-speed network, the government says several overnight services such as Paris - Briançon, and Paris - Rodez /Latour de Carol are essential because of the lack of adequate alternatives, and must be retained. The new agreement will therefore seek to develop these services and rebuild ridership.

The third and final aim of the plan is to completely renew the TET rolling stock fleet by 2025, requiring an investment of around €1.5bn, and this process will begin at the end of the year. A €510m order for 34 bi-mode Coradia Liner trains was placed with Alstom in 2013 and these trains will be introduced on TET services from the end of next year.

Nearly €2bn will be invested by 2020 in upgrading infrastructure on lines used by TET trains and the strategy also commits to extending the availability of Wi-Fi both onboard and at stations. The government says the extension of coverage obligations on the rail network will be a condition of new frequencies for public mobile networks, which are due to be allocated to providers by the end of this year. This should enable improvements in coverage and download speeds by the end of next year.