FOLLOWING a European tender, Bavarian Railway Company (BEG) and Baden-Württemberg Ministry of Transport have awarded Go-Ahead Transport Germany a contract to operate the Allgäu Electric Network for 12 years from December 2021. 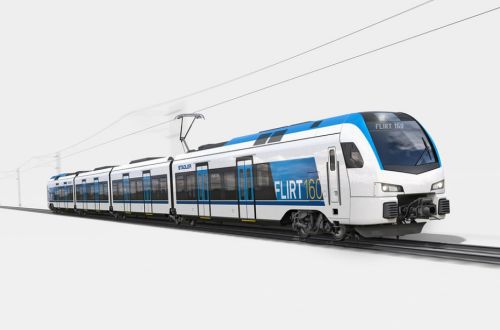 The contract covers the operation of around 2.6 million train-km on the Munich - Buchloe - Memmingen - Lindau line, which is currently being electrified.

BEG says the start of the new contract was originally due to coincide with the launch of electric services in December 2020, but has been pushed back due to delays in the tendering procedure.

Significant improvements are planned to the timetable, with an additional two-hourly Munich - Lindau service from 08.00 on weekdays. This will serve all stations between Memmingen and Lindau, including five new stations on the Hergatz - Lindau section which are due to open in 2022. There will also be a two-hourly Memmingen - Lindau all-stations service to provide an hourly frequency to all stations on this section of the line.

Go-Ahead will operate all services with a new fleet of four-car Stadler Flirt 3 EMUs.

The Allgäu Electric Network is the fourth German regional concession to be awarded to Go-Ahead and the first outside Baden-Württemberg.