THE Norwegian Railway Directorate announced on October 17 that it has selected Go-Ahead Norge as the winner of the first competitively-tendered concession for the operation of passenger services on the national network. 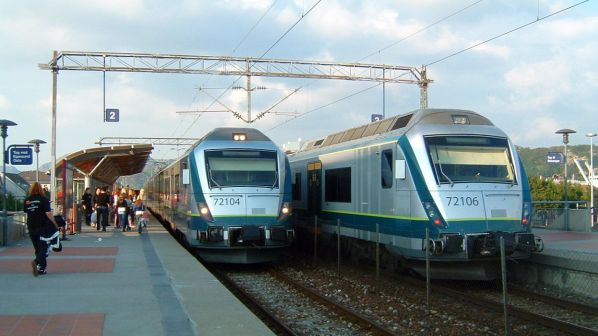 Traffic Package 1 is due to begin on December 15 2019 and encompasses long-distance and regional services on the Oslo - Kristiansand - Stavanger Sørlandet Line, together with the branch to Arendal.

Bids were scored up to 60% on quality and 40% on price. The directorate says there were only minor differences between the bids, all of which achieved “good or very good” scores in the quality assessment. However, Go-Ahead’s offer was priced 21% below that of its nearest competitor.

Go-Ahead will be paid around NKr 1.5bn ($US 183m) over the 10-year duration of the contract, with the remuneration profile skewed towards the early years of the term.

Go-Ahead will receive around NKr 250m in 2020, compared with the NKr 486m being paid to Norwegian State Railways (NSB) for the operation of these services this year.

The directorate says all three bidders submitted offers which were less than half the fee currently being charged by NSB.

NSB staff currently employed on these routes will transfer to Go-Ahead with their existing pay and working conditions. Go-Ahead will also offer a pension scheme similar to the negotiated agreement for NSB operational personnel.

The concession for Traffic Package 2, which includes the Trondheim - Bodø Nordland line, the Meråker Line and regional services in the Trondheim area is due to be awarded in the middle of next year.